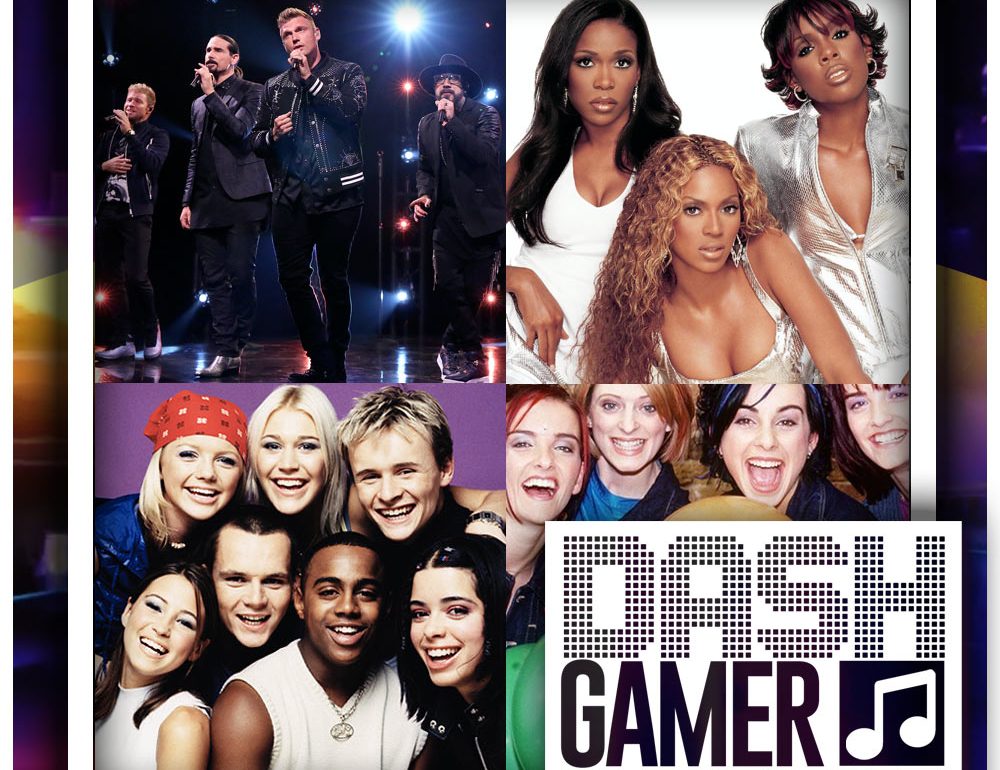 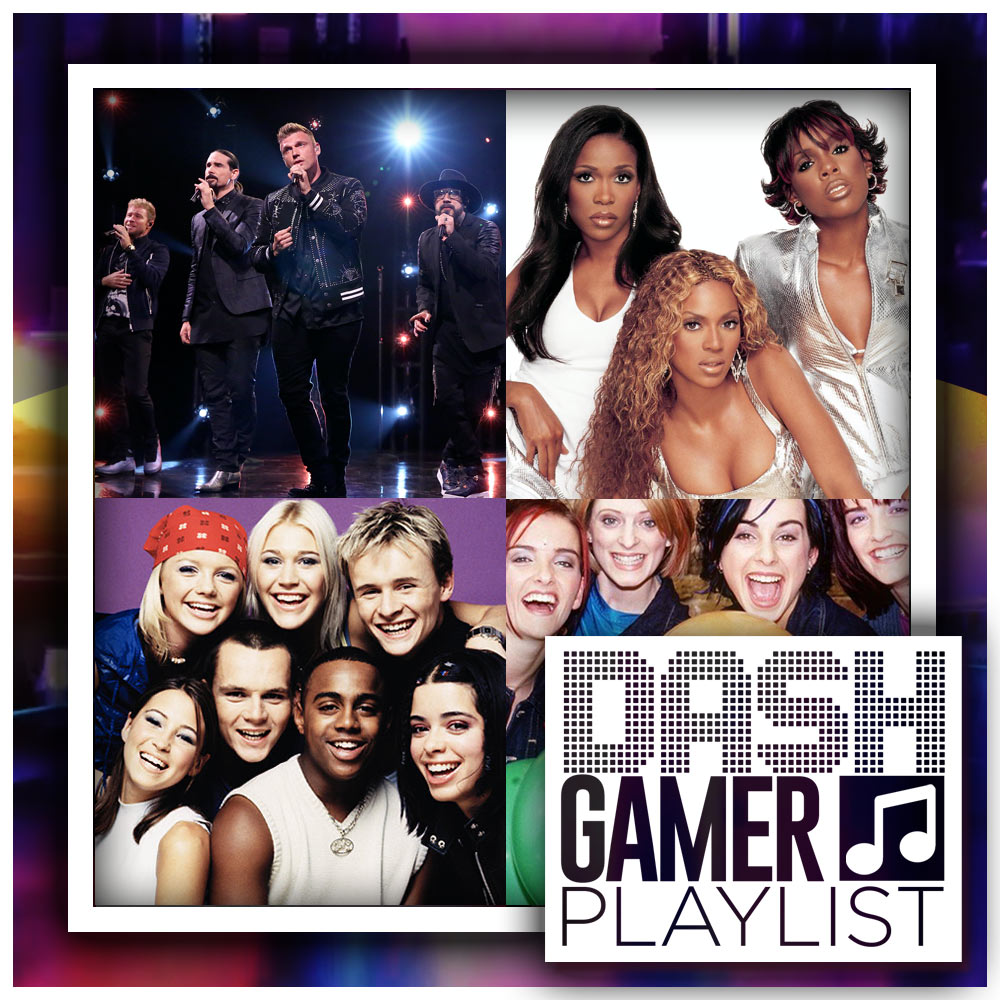 Oh my! The turn of the century and puberty fuse together to form an almighty cocktail of questionable fashion choices, awkward first dates and pop groups. This Playlist I handpick some faves of the boy band and girl group persuasion, primarily around a late 90s and early 00s timeline.

I omitted any pop groups that involved members actively playing instruments (sorry Hanson and The Corrs), instead opting for nothing but slick vocal pop groups (hair gel included). Driven by nostalgia, I also hold a level of respect for these songs as it came from a time where auto-tune wasn’t cranked to an ear-numbing level of supreme annoyance.

We open with what I regard as the greatest boy band song of all time. Backstreet Boys’ ‘Larger Than Life’ melds vocal swaps, guitar solos, super memorable synths lines and tempo energy all wrapped up with a sci-fi film clip. It was the reason I bought the ‘Millennium’ as a 12 year old, although unfortunately nothing on that album touches LTL.

Around the time B Boys were in their prime, you can’t go past mentioning Spice Girls. Between you and me ‘Spice Up Your Life’ solidified my secret crush on Ginger Spice (something about dark make-up and vibrant red hair). This banger has a World Cup style fast-paced flavour paired with a Fifth Element-flavoured video. We’ve yet to see another girl group with the mammoth commercial impact Spice Girls brought.

If Michael Keaton can reference TLC, then surely they belong in this line-up! ‘No Scrubs’ has imprinted itself on the minds of millions with a ridiculously catchy yet cool chorus. This RnB-centric number helped launch female empowerment into the masses and alongside other powerhouse trios, like Destiny’s Child, laid the foundation for other female pop singers to embrace stronger lyrical themes.

Cutesy and light-hearted, B*Witched are Ireland’s upbeat pop group that skyrocketed in the charts with ‘C’est La Vie’. There’s something undeniably charming about the inclusion of Irish accents and traditional Irish instrumentation. This group also found their own lane with a distinct ‘girl next door’ vibe, denim jackets a-plenty. It’s a lucky formula that (sham)rocks!

Five / 5ive were the British answer to American juggernauts like *NSYNC and Backstreet Boys. While they enjoyed the success of several big hit singles, it’s the groove-laden ‘If Ya Gettin’ Down’ that warrants “true” street cred. In retrospect, the chorus lyrics are laughable but you can appreciate the robotic “bad boy” angle they were going for. On the flipside, the verse bassline is actually quite tasty.

Anyone who has followed my podcast Take My Tone (https://takemytone.com) will already know my love of ‘Pure Shores’ by Brit four-piece All Saints. I will never hesitate to profess how timeless this song is. Perfectly married to its promotion for the thriller ‘The Beach’, there’s a level of vocal authenticity and sun-soaked layering to enjoy here.

*NSYNC is the chart-topping, hit-for-hit, pop platform that gave Justin Timberlake a mass of success to pursue a bonafide solo career with. I was hard pressed to choose just one, however ‘It’s Gonna Be Me’ is always a go-to choice. Intertwined with enough beat-boxing, piano-stomps and heart-throb to be a truly infectious track. I’m still waiting for a Korn cover of this, trust me it could totally work.

Westlife nearly didn’t make the cut, with their originals not really being able to stand out for me. What they are good at is covering Billy Joel, specifically ‘Uptown Girl’. These five Irish fellas are pretty apt at the vocal harmonies and providing a more interesting group vocal approach. Then Brian McFadden went solo years later and became piss-annoying on Aussie talent shows (face palm).

While Beyonce may be sipping on money-making Lemonade these days, I had far more interest in her vocal stylings from the Destiny’s Child era. Long before Tidal and French Art Gallery intrusions, Beyonce shone within this trio at a seemingly unstoppable pace. ‘Independent Women’ is a serious flex, backed by the 2000 Charlie’s Angels film, that cruises effortlessly with an RnB bounce.

The long-running Aussie act Human Nature have been living a Motown-styled career for years, however there was a desperate shift at the very start of the “noughties” to keep up appearances with aforementioned international boy bands. Despite ‘He Don’t Love You’ coming from a cringeworthy era for the group, I think it’s worth including as Australia’s answer at the time. To be honest, acts like *NSYNC could have released this and no-one would’ve blinked an eye. Fun fact: Human Nature appeared on Neighbours performing this song on set within the “pub”.

Now 112 may be an incredibly forgettable group name, but their primary hit ‘Dance With Me’ is a dancefloor-ready and subdued number that was oft-played at high school socials I attended. If we’re being frank, it was just an excuse for hormone-ridden teens to ‘get close’ and take the lyrics quite literally. I will always remember the baggy blue outfits and synchronised dancing.

Among gender-specific groups, commercial radio started to see the explosion of mixed gender pop acts. One I will always remember is UK’s S Club 7, that came packaged with a tv show. Was it a fallback plan in case the music didn’t work out? Who knows, but ’S Club Party’ is a light and fun tune made for “getting down” to (in the most innocent definition of the phrase). All my peers had their favourite members, and with seven to choose from you could have more than one – winner!

As a bonus inclusion for this Playlist, ‘Say It Once’ is an overlooked pop banger that came to mind thanks to fellow content creator Zach Jackson (Well Played). Short-lived Brit group Ultra hit the airwaves with this oceanic, guitar-noodled song, that to this day has quite an impressive vocal pattern in the chorus. One may passionately argue “but Simon how can you include Ultra and not a bigger act like 98 degrees?” to that I say “Nich Lachey got Jessica Simpson”.

I hope you enjoyed this trip down memory lane. Hit me up on Twitter (https://twitter.com/precisepath) with your fave group pop songs from this era – I’d love to get my cheese on! 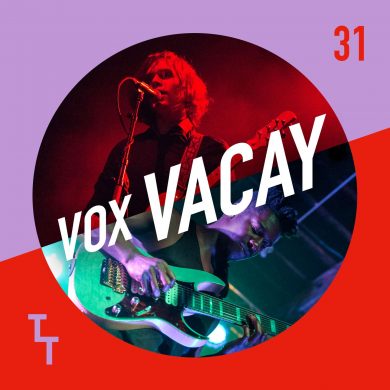 Take My Tone #31 – CHON vs ANIMALS AS LEADERS