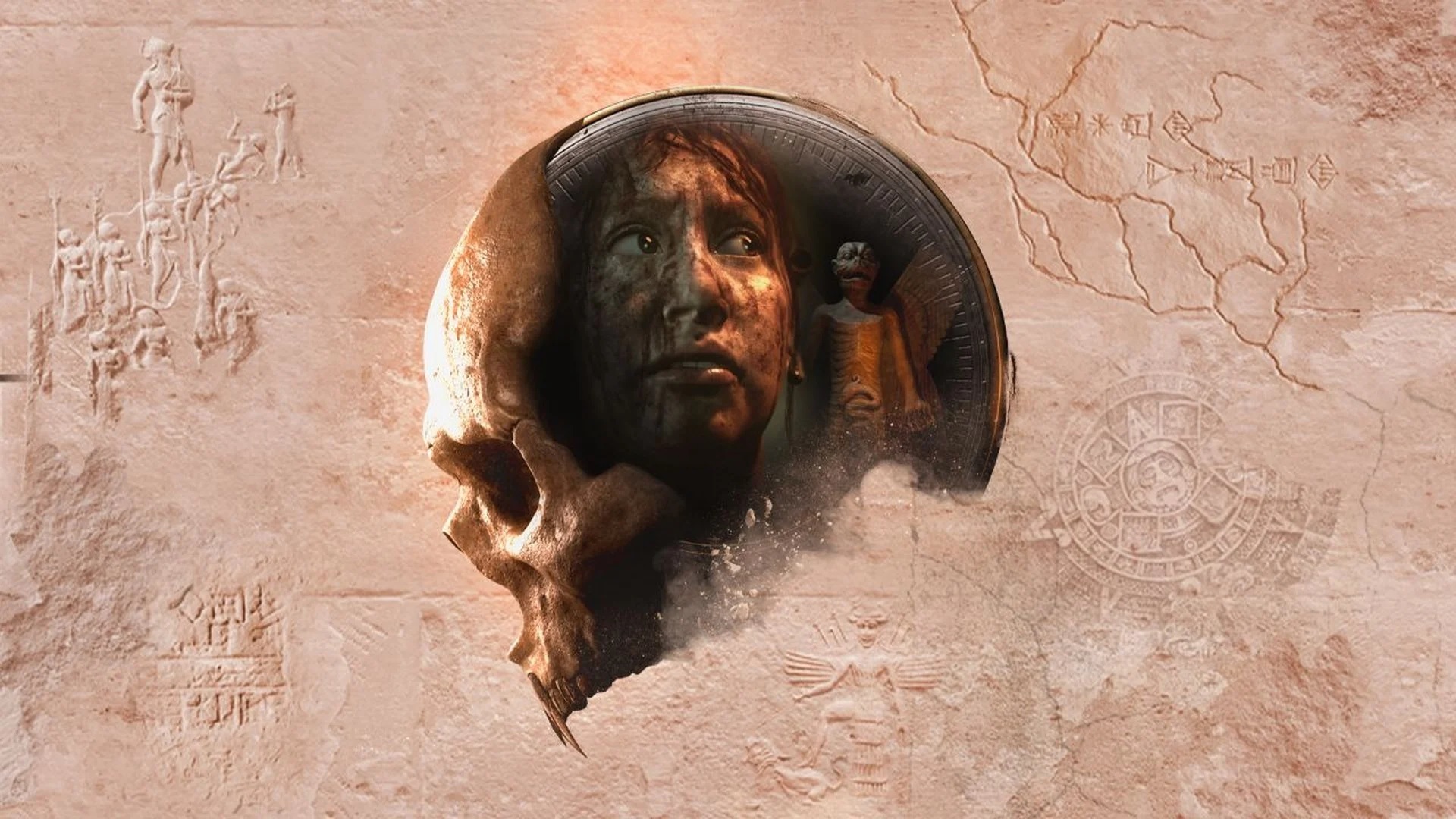 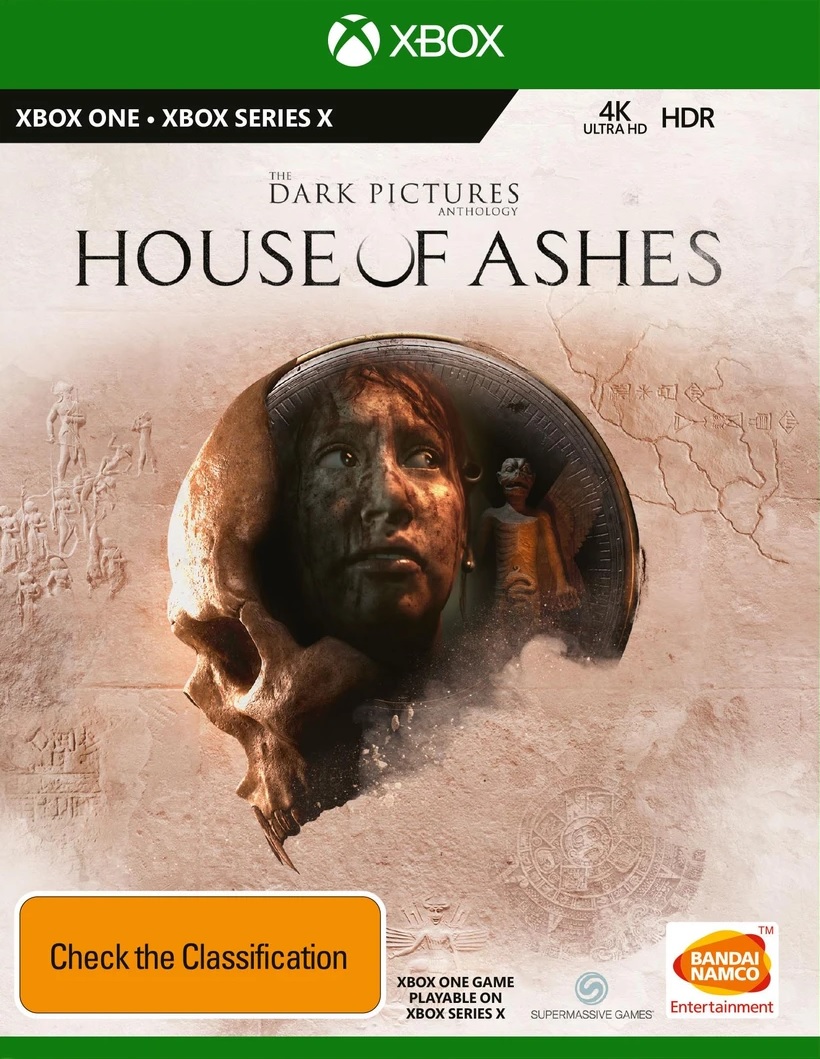 Third time’s a charm, right? While Guilford based studio Supermassive Games knew Until Dawn was a smash hit, right out of the gate, the choose your path style, quick-time adventure presentation was going to be polarising towards gamers no matter how developers tried to change its formula. Derivative of the visual novel, point-and-click genre, the only thing that would sustain an elongated series was unique chapters and penmanship. The two episodes prior in Man of Medan, and Little Hope had a somewhat tumultuous reception depending on who you ask. And that’s the thing with these games, you’re going to see a litany of reviews drop at the exact same moment with various scores attached, but none that will truly reflect a consolidated aggregate – that is unless you round them up like OpenCritic or Metacritic.

The best thing about the Dark Pictures titles are the primary experiences you make yourself. Those initial runs will be the most memorable. So here’s the weird part besides the aforementioned numerical verdict that will undoubtedly vary across the board, just like its predecessors, House of Ashes is lore heavy and light on gameplay. Sure it entails a peppering of role-play elements to keep track of your progress or manipulate the story in how you see fit, and some cumbersome platforming that is as basic as a walking simulator, but the goal here is to shape the campaign to suit a desired outcome, of which House of Ashes has many. You definitely roll the dice each time you portray a character, carving our a reputation they carry against associates or minor slips that can cause immediate death, albeit accidental or with malicious intent.

In this house, an enemy of my enemy is my...

So that withstanding, here’s a basic summary of House of Ashes’ premise without giving away any heavy or influential story beats. Loosely based on real life events; The year is 2003, and the United States are at the tail end of the Iraq War months after capturing renowned dictator and terrorist Saddam Hussein. The threat of Weapons of Mass Destruction were very real, and had the world on edge awaiting answers on where the rumoured weaponry lied. An investigation by U.S. Marine Corps had lead to discoveries of underground ruins that lie beneath a war torn land that potentially housed these ungodly threats. CIA Operative Rachel King has her team appointed to this mission, only to have her estranged husband Lt. Colonel Eric King, take the reigns to her dismay. While Eric remains in love with his wife, Rachel has moved on and is secretly involved with one of her recruits, Sgt. Nick Kay.

Upon meeting, the hostility between Kay and Eric is evident and has immediate effect on their relationship. This plays a significant role as the campaign rolls on. First Lt. Jason Kolchek is tasked with introducing Eric to troops, with technician Dr. Clarice Stokes in tow. They’re met with the charismatic, yet snarky Corporal Merwin Lazarus, who tries his best in not taking his job too seriously – an early favourite of mine out of the bunch, yet he along with Stokes are unfortunately Non-Playable. And then we’re introduced to the “Radar” of the outfit, Lance Corporal Joey Gomez, – also an NPC – an introvert at first glance, and portrayed as the “kid” of the group, he falls victim to the trope of being the inexperienced marine that places him in dire circumstances within the title’s second act. However to get to this point, we have wind back a few millennia in hopes of understanding this dubious discovery of an underground lair, and why it exists in the first place.

The campaign begins in the Kingdom of Akkad in 2231BC, where the self-proclaimed God King of the Akkadian Empire Naram-Sin, had cursed his servants with a plague after the malevolent emperor defied the Gods. He orders his right hand man, General Balathu, to sacrifice those that oppose him. Reluctant, he follows his King’s orders and executes a young woman by spearing her in the chest and beheading her while delivering the severed head to him. Naram-Sin is left to his devices, until the Kingdom is placed under attack by mysterious creatures that ravage each and every human within the underground catacombs of the lost city. Naram-Sin is viciously killed, while Balathu is at the mercy of these demonic figures and has to make a choice in teaming with a prisoner, or making a solo escape. The “folklore tale” ends with Balathu killed last.

Dark Pictures: House of Ashes is an entertaining thriller, that will lure you back to its unearthly catacombs upon initial completion. Will you head the call?

Fast forwarding to 2003, where the Lieutenant prepares his team to infiltrate the identified district in Iraq where it’s assumed Hussein’s underground chemical lab is cloaking these long-rumoured weapons. The team flank an innocent looking group of Shepherds that act as decoys for the Iraq Ground Forces to arrive and confront the marines. After some interrogating, gun fire breaks out between the two camps leaving some troops injured. As the two sides fight, an Earthquake cracks the floor below both groups creating sinkholes for surviving troops to plunge beneath the surface. There they awake from their unconscious state, within the ancient catacombs of Akkad, the forgotten Kingdom that lies beneath Iraq. Nick Kay tracks down Jason and Clarice trying to cut down a hanging Merwin, from being severely lacerated by cables holding him airborne.

It’s then, Clarice is suddenly swooped away by a dark figure that slowly circles the group. Clicking and growling, the same creature that massacred Akkad and its monarch, leaps forward to attack with Kay and Jason dragging a heavily injured Merwin to safety. Meanwhile, Eric and Rachel reconvene and begin their search for the others, while Iraq soldier Lt. Salim Othman is confronted by a creature, only for it to be crushed by a military truck that caves in from above. With that begins each respective journey that intertwines, with characters eventually crossing paths or meeting their untimely demise. The campaign can be experienced as a Solo Story, or Shared Story and the highly acclaimed Movie Night mode that allows a group to get together and portray one of each playable character. Perfect for Melbournians that have just come out of lockdown, and are prepping their Halloween night.

✔️An intriguing story that takes place during the climax of the Iraq War, 2003.

✔️An unconventional entry into the horror/choose your own adventure series.

Akin to its previous arcs, narrative progression and character survival is dependent on almost every single move you make. From dialogue choice which reflects ongoing personality traits that are tracked their profile, which can be accessed by pressing town the PS5’s touchpad. Each character you interact with will also have their profile represented alongside the active character you’re concurrently controlling. An attribute cloud will hover over their avatar, with their boldest trait displayed as the biggest. You can select each respective character to view your interactions with the active character, noting their history and prior positive or negative colloquy.

Bearings replaces The Dark Anthology’s moral compass for something similar to Until Dawn’s Butterfly Effect. The left and right wing of each Raven will tell the tale of two sides in each ongoing plotline that takes place within the entire narrative. For example, Rachel’s romance with Nick Kay could have dire implications with her husband, and how it plays out will be reflected here. Secrets found throughout the story are stored in the mission lof, and can be viewed at any time. Stone Tablets are also placed amongst the rubble, and will trigger premonitions of upcoming events that could transpire between characters, unless you drastically change this outcome.

Again, traversal is fixed in each sequence, whether that is making a hasty getaway that calls of Quick Time use of action buttons, or simply surveying each area for clues. Action scenes will have each respective character utilise a signature weapon, but is primarily fixed to a point-and-click attack that would be better executed with a mouse and keyboard. The anxiety inducing moments of bolstering a door shut by mashing down random action buttons make an emphatic comeback, but I will praise its use of an alert system that tells the player to get ready to press down, without giving away any specifics. There is some monotony that does tend to dry up the adrenaline, but is easily slapped down with some crazy jump scares that tested my willingness and fortitude to continue on. Again dialling it back, simple exposition between playable characters is executed when notified, and selections can be made by holding the highlighted choice to parlay and execute ongoing benefactors in trust or scepticism.

Without second thought, the game is stunning and quite possibly pushes the boundaries of each platform it’s available on. But I have to make note of some issues I ran into along the way. You do have the choice in playing the game in Visual or Performance mode, where I chose the former in wanting to take the game to its limits. However, there were some slight framerate issues that occurred during busy moments that involved multiple characters on screen. The game renders in real-time, and is not just one long pre-rendered CGI cinematic. Texture pop-in is evident, to the point where rubble took its time morphing from a Nintendo 64 looking paper bag, into its cavernous rocky form. I had some Commander Shepherd, Mass Effect 3 moments where characters would cutaway from the hard-cam then transport themselves back into the scene, and no this is not a supernatural act that takes place. Now I’m sure while I had these experiences unfold while playing the game pre-release, the v1.000.003 patch that just rolled out while writing this review will undoubtedly tend to these problems. If not, then at least you know what you’re in for.

Quickly touching on performances, as someone who grew up watching the Suite Life of Zach and Cody, I’m always remised seeing former Disney star Ashley Tisdale, all grown up. But her role as Rachel King, washes away any pre-conceived notions of pessimism I had. An accomplished actress, that displays awesome character and personality, I do hope to see her stick around in the industry. While the cover star, she does a splendid job sharing the spotlight with her co-stars Nick Tarabay (Salim), Alex Gravenstein (Eric), Paul Zinno (Jason), and Moe-Jeudy-Lamour (Nick). I walked away a fan of Tarabay, as his portrayal of Salim left me feeling some remorse in his resolve, wanting to get home safely to his son and doing his best to make peace with the Marines, working in tandem for one common goal; survival.

Despite some aesthetic grievances, House of Ashes is most definitely The Dark Anthology’s strongest showing. An immersive experience that doesn’t market an engaging display, but rather an engrossing narrative that will shock you into disbelief. The bloody, the brutal and the absolutely jarring set pieces that manage to manifest and unfold over your journey will leave you with goosebumps, and some toe-curling scenery. Your moral compass comes into play numerous times while trying to forge your path out of this dark hellscape, but its impression on interactive cinema will leave gamers inquisitive in its unique format. Dark Pictures: House of Ashes is an entertaining thriller, that will lure you back to its unearthly catacombs upon initial completion. Will you heed the call? The perfect Halloween gaming experience.

Story
8
Gameplay
7
Presentation
7
Sound
9
8
Supplied by the publisher, for our review. 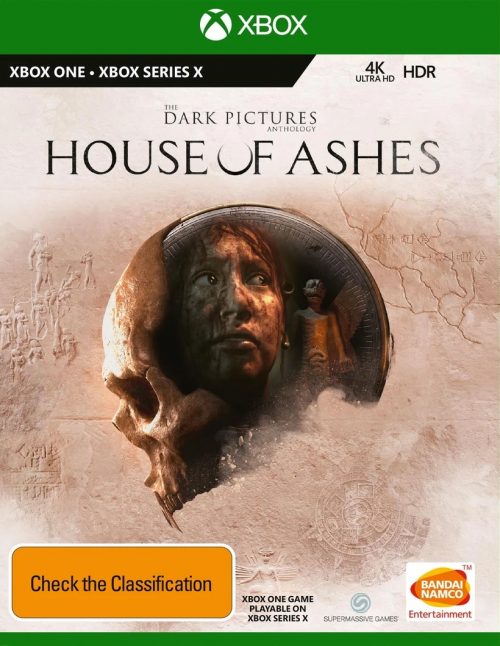 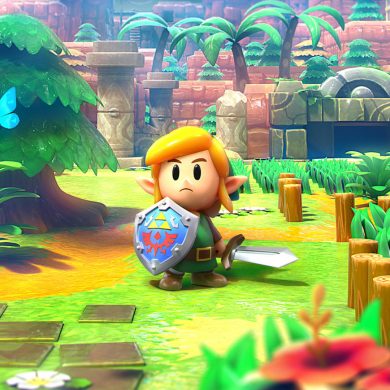