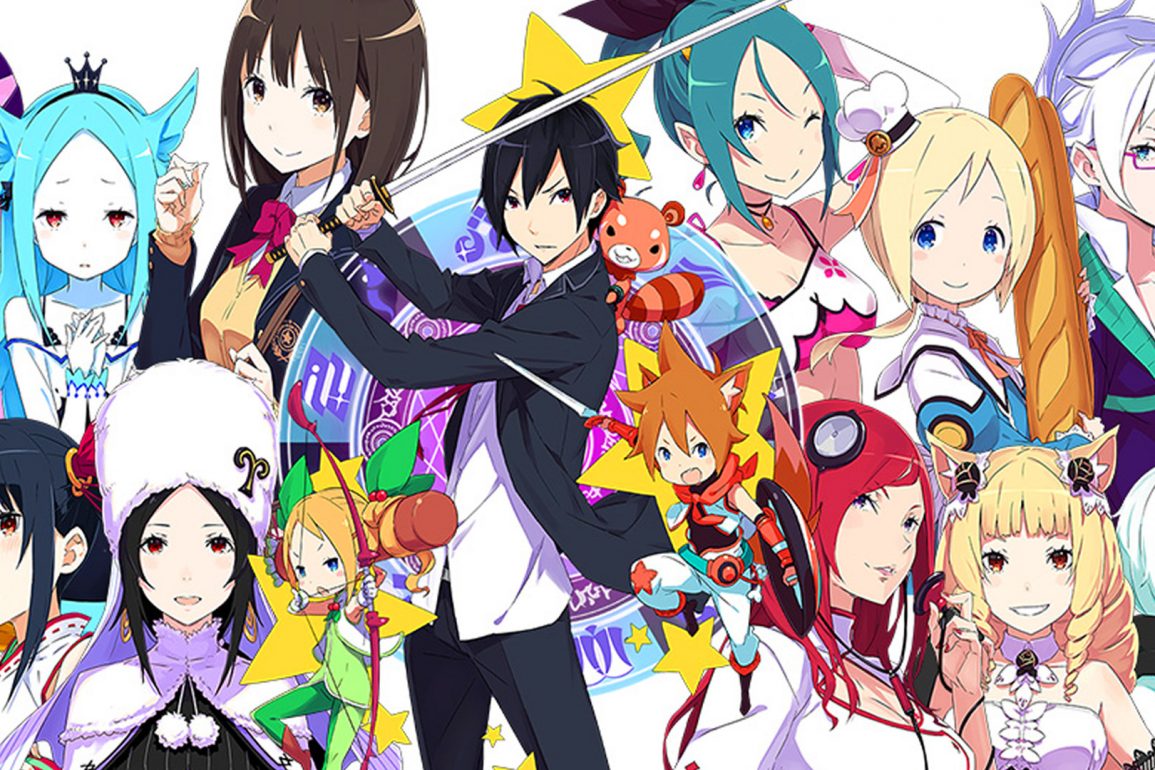 Lewd, crude, and hilarious. Conception PLUS: Maidens of The Twelve Stars revisits one of Japan’s most beloved PlayStation Portable visual novel titles. In 2017, Spike Chunsoft announced that they would be revisiting a franchise that connects with the studio’s roots, remastering and re-releasing the very first portable title under the studio’s banner. The Conception franchise has had a legacy throughout the visual novel-JRPG genre, as one of the most ridiculous fantasy story’s ever told. It’s lewd innuendo, along with it’s brash tones made for some interesting juxtaposition within it’s plot line. It’s intriguing sense of whereabouts also places it within a notable cause to making it’s players not only engaged, by self aware. It’s honestly a hard one to dissect, but I’ll do my best here. Of course, we’re talking about a JRPG with a heavy Visual Novel stance, and while some have mastered the craft, other title’s may be left behind in some vague philosophy. While Conception’s popularity garnered a sequel, Conception II: Childen of the Seven Stars which was oddly localised for a western release, we never saw a release of it’s initial entry. That is until now. Thanks to Numskull Games, we finally have our hands on a translated release of what was to be acclaimed for it’s time as one of the best JRPG-Visual Novel’s of the last generation of handheld gaming. So, if you love your ecchi style Anime tropes, this title is certainly aimed at you.

Now fair warning here, with this being one of the earlier JRPG title’s developed for the PlayStation Portable (PSP), I will note dungeons elements are quite limited in range compared to recent entries into the category. While some may be quick to compare it to Persona 3 or 4, I wouldn’t necessarily go that far. The title borderlines itself on the cusp of being a hybrid of two categories, justifying it’s own ends to it’s means. Crossing between moments of long dialogue, to dungeon crawling that does play similarly to something of an early 2000’s JRPG, that doesn’t restrict itself to a linear passageway or corridor style JPRG. While the battle mechanics no doubt have that Persona vibe, it’s unique presentation is what separates itself from being “another Persona clone”. It’s map design at time comes off somewhat repetitive, but understanding the original hardware that the title was developed for it’s honestly somewhat impressive. A 60 hour JRPG with a complete dungeon crawling experience on the PlayStation Portable was a tough feat for even ATLUS to master. So I must admit, playing this on the PS4, I was impressed.

The story begins at a high school with our protagonist Itsuki Yuge, being informed by his cousin and childhood friend Mahiru Konatsuki, that she’s pregnant. Now I know what you’re thinking, and yes… I give you full permission to facepalm and say outloud “oh boy”, because that’s exactly what I did seeing this. After being told that she may be having a baby, both Mahiru and Itsuki are transported to Granvania, a fantasy land where impurities have been causing a riot, and has thrown off balance between the worlds. The main plotline of the entire adventure begins here, with Itsuki being revealed as “the visitor” who is destined to meet with the Star Maidens, and is praised as Granvania’s saviour, and tasked with hope to combat all impurities and to produce Star Children. Yes, this is as Ecchi Anime, as you can get. Until said task is concluded, Itsuki cannot return back to the real world, leaving both himself and his cousin stranded here. Yes, it’s ridiculous… I know. But trust me when I tell you that the entire plot is hilarious. It may sound bad on paper, but it’s execution has you questioning your own taste by the end of it all.

Yes, I am writing a review about a high school student… engaging in lewd acts with twelve zodiacs. However, the title does try to make light of the entire situation, and deem it as innocent as possible. This is all for the greater good, you see? Anyway, I’ll be completely honest here and tell you that this is not a game for the casual JRPG fan. This is certainly aimed for those who are looking for a lewd-comedy experience, and it certainly delivers some merriment in moments of utter absurdity. It’s ludicrous story bares it’s own sanity in moments, where even I questioned why I was so engaged with the title at all. The answer was simple, it’s characters were lovable, and were easy to enamor me. It was totally unexpected how much I loved following each character’s own backstory, and their involvement within this bizarre tale. Each character’s unique quirks came across with their own slaphappy style of brash and cocky elements that you would see in almost all female leads along with side-characters calming charm and wit, that impends those to have some form of dominance over the main protagonist of the title.

Presentation wise, the title does a marvelous job transitioning itself from JPRG to Visual Novel and almost dating simulator. Getting heavily involved with each character quirk here was surely a treat, and almost pin-pointing out their unique design and traits were a blast. It was great to hear some solid voice over work for the title, lead by the extremely talented Megan Shipman (Steins;Gate 0, Citrus) and a myriad of many other voice over talent within Anime & Video Games industry. Setting design is interesting to say the least. I was certainly intrigued by how diverse the small setting was utilised on a grand scale. Yes, there certainly were moments of revisiting and repetition involved with it’s execution, and how the title treated it’s dungeon crawling was somewhat questionable, but I emphasise the fact that the title has been remastered, remodeled, and re-scaled for the PlayStation 4, as an impressive feat from such a small system that was only capable of presenting so much. So with that, I will say it’s fantastic in itself.

Conception PLUS: Maidens of The Twelve Stars, is not for everyone. But it certainly was for me. It’s heavy with humorous anime tropes that do come off somewhat overbearing at times, but it’s more about the experience than the presentation here. It’s charm is what makes it an incredible game to play, while also being bubbly but not to the point of being completely vivacious. For anyone who is looking for a time-sink that is nonsensical in slightest, and a rude, lewd, and absolutely crude time, then yes. This title is just the right fit. It’s hilarity exhumes most of what has made the franchise as successful as it has been in Japan, and it’s great writing which is delivered by an incredible cast of characters make this an unforgettable experience. Conception PLUS: Maidens of The Twelve Stars is certainly an enjoyable and lustful tale. Just don’t tell mum and dad. 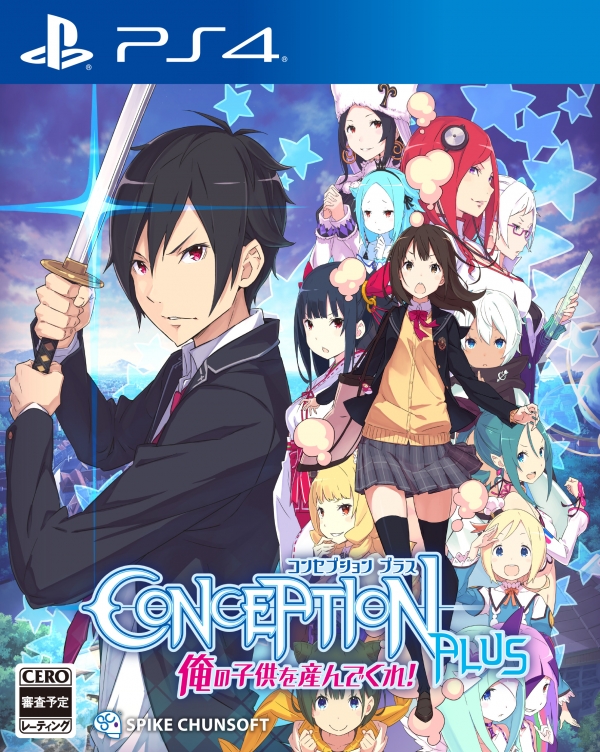 Conception is a role-playing video game developed by Spike. The game was released exclusively for the PlayStation Portable in Japan on April 26, 2012. 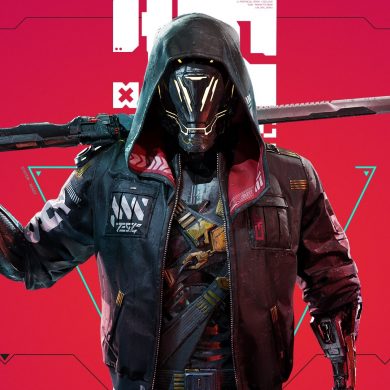