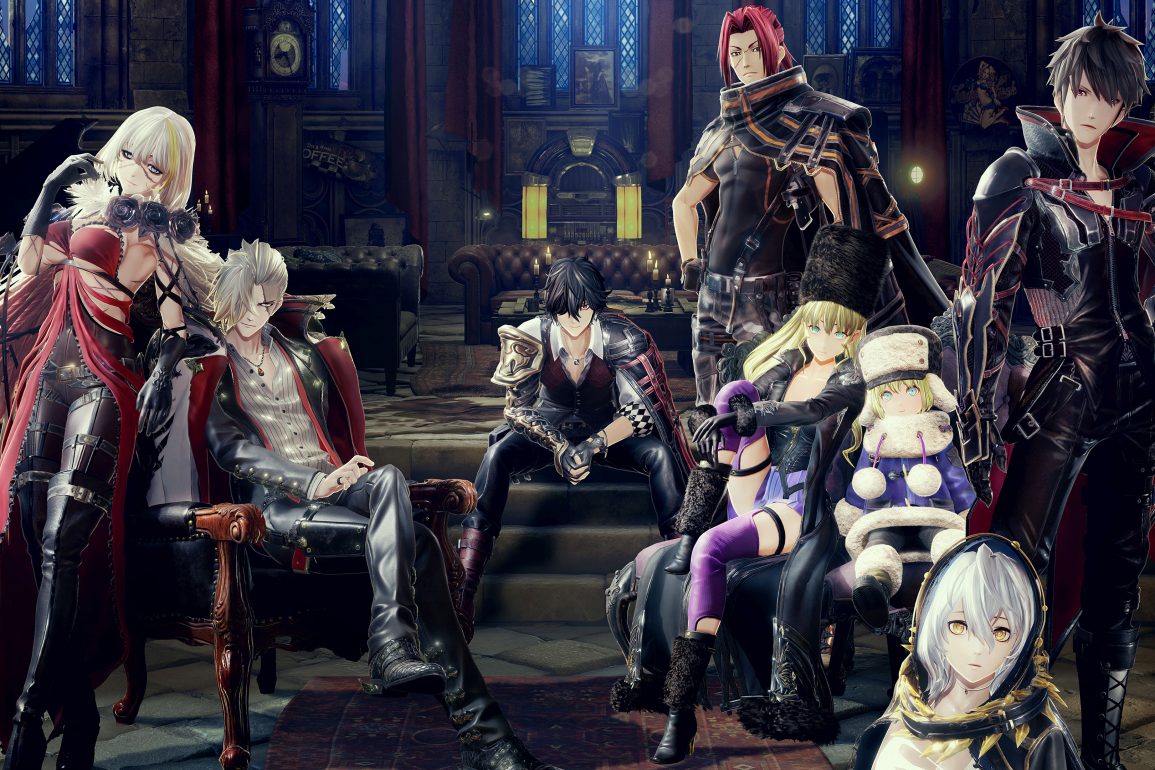 In PCPS4ReviewsXbox One
8 min read

If there is anything that I have learned about the “Souls” genre, it’s be sure to come prepared with a ton of patience, you will lose… a lot. I’m a man of tolerance, but when it comes to gaming, I usually try my best, and if I can’t get past a certain point, I will put the game down for a while and come back to it. But there was something about Code Vein that just had me completely fascinated. I haven’t pulled an all-nighter on a video game since The Last of Us, but the complete challenge and captivation of it’s unique story just had me in it’s grasps. It’s an experience that you will surely take to the bank after it’s all said an done, and I was certainly astonished by it’s presentation alone. Anime-style gaming certainly takes a risk in it’s subtleties, but if done correctly can be one of the best all year, and Code Vein certainly pertains to this notion. It presents the complete unexpected, but delivers what is expected at the same time. It’s a “souls” game that will challenge you to your very limits, but will attempt to contrast your emotions with it’s great story telling, something I believe even the best titles with similar attributes lack. Bloodborne and Nioh are notorious within the genre with the titular Dark Souls leading the way, each presenting their own unique style in gameplay within the imposing category. It’s no doubt that it’s style requires a certain dexterity and particular skill, however Code Vein manages to encapsulate the same magic introduced within the aforementioned titles, and takes it beyond each quirk to make it different.

Set in a post-apocalyptic future, the war-torn city of Vein has fallen to ruin from past events conspired by the Queen of Revenants. Our protagonist is awoken by a young woman dressed in white, who instructs you to head towards a Bloodspring. The plant nurtures blood, and generates Blood Beads which help cure our hero of his ailments. Our silent protagonist passes out after the pair are surrounded by soldiers who threaten to take all the blood beads they have gathered. One of the soldiers inform the young woman that the city has been confined by the Gaol of Mists, a enclosure that has formed from red mist that makes it impossible to pass through or escape. The mist has generated into a certain form, known as Miasma that has caused a certifiable amount of blood-thirst amongst all Revenants which has caused them to become uncontrollable, and turn them completely psychotic. All soldiers have been informed to hunt down any possible Bloodsprings that may remain around Vein due to oncoming extinction of the rare plant. The Miasma has killed off all vegetation in the city, and the Revenants are on the brink of survival at this rate.

The two are captured by the soldiers and are imprisoned in an underground setting with other Revenants who are used as slavery in hope of bargaining a way out. It’s revealed that our protagonists memory’s are wiped clean due their revival as a Revenant. Surviving an almost untimely death, they are given supernatural powers that help acquire various attributes and skill sets that will help them along their journey through different parts of Vein. Enemy’s within the surrounding areas are known as the “Lost”, former revenants that have frenzied beyond their control, and have transformed into monsters that must be slayed. A group of Revenants are instructed to head into the tunnels, in search for fresh Blood Beads that haven’t dried up due to the thick Miasma in exposed areas above the surface. The leader of the rogue-revenants keeps the young lady as collateral, in return for any findings. It’s from this point you understand that you and your companions will set off in hope to recover your lost memory’s and discover the why the city has come to complete turmoil.

Before awakening, you will be given a number of options from Basic Appearance, which gives you myriad of templates to start with, right to Advanced Customisation that allows the player to change your protagonists gender, physique, skin tone, hair-style, and other attributes to build your perfect combatant. Once completed, you will enter a rigorous tutorial that will detail your protagonist’s combat style and “Blood Code” which is identified as your Revenant’s class. Each Blood Code comes with it’s own unique powers to unlock and implement. You can choose different types of Blood Code that include Mage, Fighter, and Assassin. The game initially begins once meeting with acquaintance Oliver Collins, who helps guide you through the title’s first dungeon. I can certainly say that from the beta to it’s completion, Code Vein has definitely changed. It’s pacing has taken a turn from being apathetic, to methodically astute. It’s action-style elements ring true to it’s promise of going beyond any souls-like equivalents out there, with different types of melee combat that hope to master the players proficiency and skill. A plethora of weaponry types that can be attained along the way that gives your character a variety of finesse, that demands a certain readiness against any of the “Lost” that also contain various unique attributes, themselves.

Your character’s survival is critical, and is established through learning how to parry, dodge, attacking during any excessive altercations that you may encounter. Foes will come in many different shapes and sizes, but when it comes to bosses, your will need to master all these abilities. Rejuvenation comes in form of collecting Blood Beads in surrounding areas, be sure to smash all objects such as crates and rocks to collect them as you will lose health at a steady rate after being attacked. Your ability to tap into your primary power known as Blood Veils, will help you drain enemy of their health. It should be noted that certain attributes may lock out certain skillsets from being used depending on your Blood Code/Class. It is vital to be systematic when customising your protagonist, ensuring that you don’t restrict any particular traits that will be crucial to advancing through your time in-game. Certain stats and buffs will pertain to this, and will essentially lock you out from continuing due to certain facets. You have the choice of going back to the training are and swapping out different types of weaponry and powers to attempt in advancing. The ability to call upon players online to assist with certain encounters is definitely a handy addition. Sending out a rescue signal will pair you with another player in the same location. Doing so will earn you a “Mark of Respect”, which is a currency that can be used to purchase little character quirks such as icons, titles, etc.

Code Vein’s presentation is incredible. It’s hard to grasp how beautifully designed this desolate world really is. While a damaged terrain in a crumbling environment upon the brink of extinction comes across here as hauntingly charming. The infertility of Vein’s surroundings are presented with magnificence that certainly left me in awe. The dungeon crawling aspect has a certain design to flow with the story’s intelligent creativity, and writing. The delivery of each characteristic in not only our cohorts, but the silence of our protagonist are defiantly detailed with decorum that is seen in some of the best RPG’s ever made. It’s refinement like this that can’t be found in just any Anime-style JPRG, but can be bestowed in game’s that have been patient with their creative process. If there was any comparison’s to make between the style of design laid here, the closest it would come to is the God Eater series. The pure polish given to all overworld and underground design give off a the post-modern, medievil design flawlessly. Definite inspiration of other Souls titles shine through with level design that has been seen before, but has been redesigned to solely represent Vein’s premise.

In addition to it’s stunning overlay and character design, we’re absolutely treated to some of the best in Anime VA’s within the industry. Erica Mendez (Cells at Work, Fire Emblem), Robbie Daymond (Persona 5, Fire Emblem: Three Houses), Max Mittelman (Persona 5, Borderlands 3), Brina Palencia (Fruit’s Basket, Steins;Gate), Caitlin Glass (That Time I Got Reincarnated as a Slime, Fullmetal Alchemist), Erica Lindbeck (Persona 5, Mortal Kombat 11), Kyle Hebert (God Eater 3, Dragonball Super), and DC Douglas (Persona 5, Cells at Work) display their incredible range in amazing voice over talent, that exemplifies the importance of this story of restitution, and reclamation. The game’s official soundtrack is composed by Go Shiina (God Eater, Demon Slayer), who has worked with Bandai Namco on various projects in the past. Code Vein would be Shiina’s last composed soundtrack with the Japanese Studio before departing in 2017. Code Vein’s soundtrack does an amazing job at amplifying the world’s surroundings with it’s harsh tones, and dull mystique that takes the city of Vein from bleak to threatening in a matter of moments. Ufotable (Demon Slayer) deliver an incredibly animated OP, paired with “Underworld” by VAMPS that resonates the undeniable quality seen in many action style Anime series seen from the studio.

It’s hard to grasp what Code Vein was trying to deliver right from the onset, but certainly came into it’s own, in the pretense of bestowing us it’s incredible display in design, it’s whimsical cast of characters, and intense gameplay. I certainly fell in love with it from the get-go. There’s truly something remarkable about Code Vein’s unique appeal, that displays itself well from it’s opening, right to into it’s gameplay. Yes, I’m a sucker for Anime inspired titles, but I do believe that great gameplay is what sells us a unique experience that we crave, and Code Vein ensures to establish this. While there may be similar delivery from your standard Souls title, and we are spoiled for choice within the genre no doubt, Code Vein’s premise takes a bold risk and tries something completely different. It’s interpretation of the Souls category relies on it’s established past, but brings in elements from many other Role-Playing titles, but conveys an uncommon commitment. From its amazing level and dungeon design, its vast and beautiful world, its insane cast of characters, and addictive gameplay, Code Vein will no doubt be remembered as one of 2019’s best. 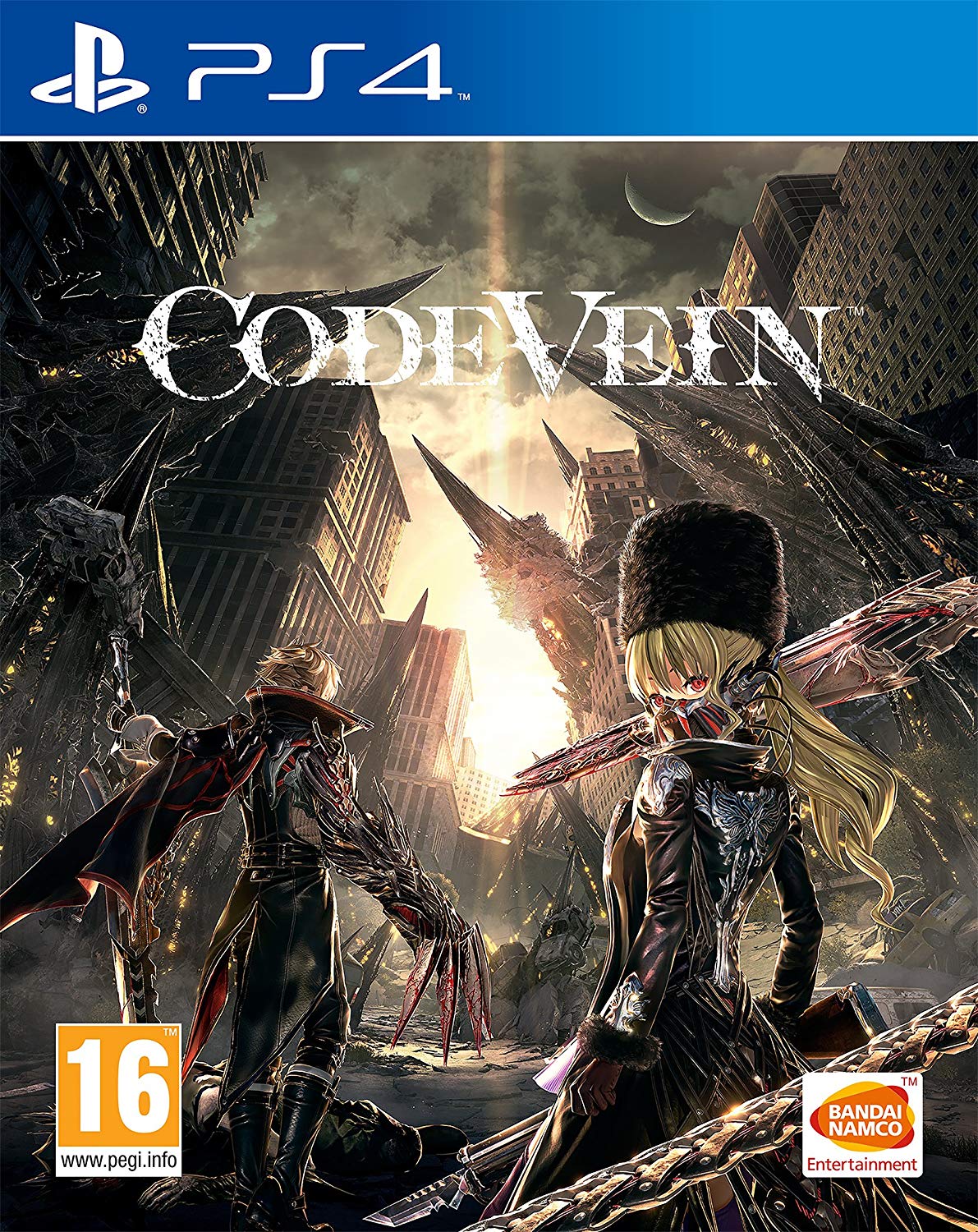 Code Vein is an action role-playing game co-developed by Shift and Bandai Namco Studios and published by Bandai Namco Entertainment for PlayStation 4, Xbox One, and Microsoft Windows. 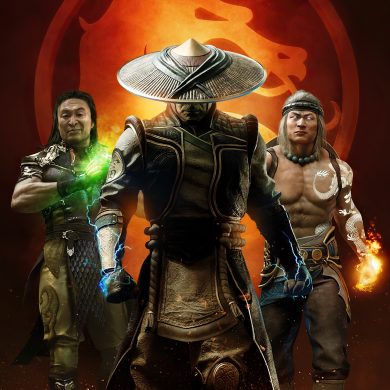