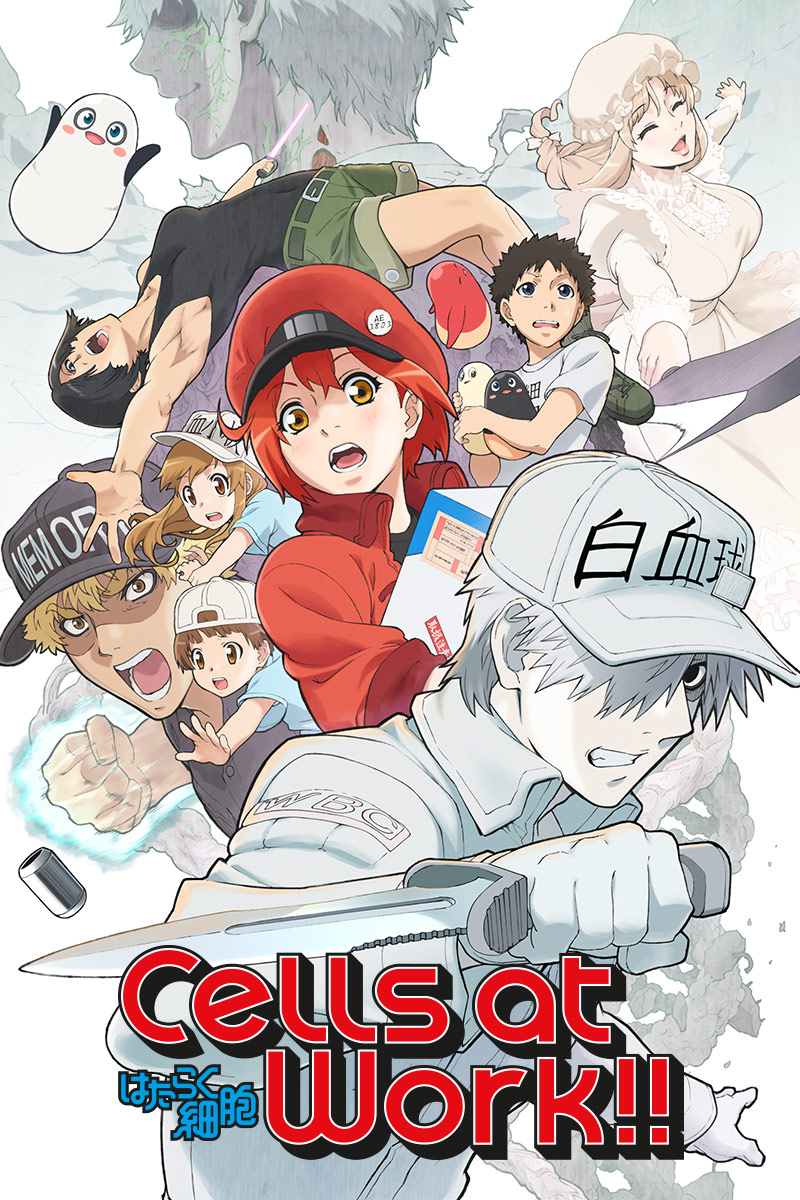 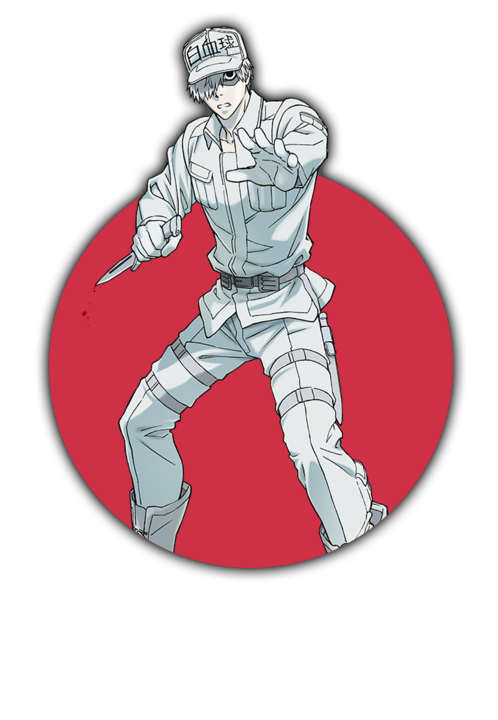 A comedy about biology? Specifically, how blood cells work? It's proof that anything can be Anime. An artform that can be confounding in many ways, yet unique and oddly alluring. Yet here we are; Cells at Work's Manga adaptation just celebrated its six year run with its final Volume in the mainline series releasing earlier this week. Series Creator Akane Shimizu, had a vision of anthropomorphic organisms working in tandem to defeat deadly viruses that come in literal forms of "bugs", I mean they do say "your body is a temple", right? There's a mystique mixed with light elements of education - some facts that have unfortunately been debunked by health experts - that appropriately depicts factual representation of how each blood cell works within the human Body. Red Blood cells doing the heavy loading, while the White cells are busy defending the labourer's as a lethal defence force.

The serialised Manga made its debut in January of 2015, in Kodansha's Shonen manga Monthly, and while popular mangaka traditionally get a an exclusive license for novelisation, Cells at Work! maintained its place within the magazine throughout its run, albeit being a series with only five Volumes. Regardless, the manga was collected into five individual tankōbon (novels/comic books) and released in early August 2017. Upon its singular novelisation, its notoriety skyrocket with its first volume selling well over 2m copies by February the following year. The series was praised by medical practitioners, teaching youth about the importance of health. Dr. Satoru Otsuka, a neuro-specialist at the Emory University of Medicine in Atlanta, Georgia praised the Anime for its depiction of cancer cells; so much that students were assigned the seventh episode of the series as homework.

Imagine this if you will, 37.2 trillion workers in a warehouse delivering packages from one side of the universe to the other. No, it’s not Jeff Bezos’ wheelhouse of lost souls, this is Cells at Work’s representation of the human body. The “host” as its referred to has multiple functions and facets that these organisms are working, tirelessly around the clock to take care of everyday. Our protagonist is Red Blood Cell, AE3803. Yes that is her name; no nicknames other than the occasional “Senpai”, Big Sister, or any other tropes that are of the norm within Anime logic. For the sake of perpetuity and keeping things simple, we’ll be referring to her as Red Cell; and ambitious yet shy young woman who aspires in becoming a leader within the Red Blood Cell community through her enthusiasm and dedication to her job. Her infectious personality has made her notorious for being one of the most reliable team mates, although though her lack of social skill or quick thinking may hinder her determination.

As Red Cell explores the host, she’s suddenly attacked by a swarm of Pneumococcus – a bacteria cell that takes a mutated form of an anthropomorphic insect with a blue exoskeletal shell that protects their slender body, and long tentacle like stems with stingers at the end. Their claws are weapons, and their stingers encase their virus that each organism carries. The bug hopes to latch into the human body and multiply causing the host to malfunction. Before the slimy creature could gnaw itself into Red Cell, White Blood Cell, U-1146 (White Cell) confronts the menacing ailment and completely eradicates the virus. Red Cell thanks White Cell for saving her life as they part ways. Continuing her job, Red Cell’s scatter-brain points her in the opposite direction of the lungs where she’s been tasked to deliver an unmarked package. Trying to make up for lost time, she heads towards a map room where she’s once again confronted by the deadly virus also looking at the map. Shocked, she quickly hopes to trap the virus within the room, only for the Pneumococcus to smash through the wall. Again, White Cell finds Red Cell after detecting a threat nearby but the bacteria makes a hasty getaway by unleashing a nasty net over the two blood cells.

Blinding the platelets with a smokescreen, the virus disappears only for White Cell to realise that he’s heading towards the lungs, readying to multiply. Red Cell explains that she was on her way to the lungs but got lost with White Cell then offering to guide Red Cell there. With the lungs endangered from scattered bacteria roaming the host, Helper T Cell – an authoritarian – enlists the Killer T Division, an immune force of cells that make up roughly less than 30% of T Cells within the human body, to kill off any deadly bacteria they find. The rowdy ragtag military group go on to innocently tease Red Cell, making her completely insecure of her surroundings. White Cell tells her to ignore the group, as they were only playing with her emotions. Taking a shortcut to the lungs, the pair are halted by a class of young Platelets, noting that the passageway was closed due to unforeseen circumstances. White Cell notices the closure was not of the Platelet’s doing, but rather due to a strange blockade in which both Red and White Cell aid the group in opening. After re-opening the tunnel, White Cell’s receptor begins to notify him of nearby bacteria.

The daring duo then arrive at the lungs, but part ways knowing that the Pneumococcus’ lie ahead. White Cell notes that his receptor had suspiciously stopped, but suspects that the virus may be masking this. The deadly virus then bursts out of the box that Red Cell had been transporting the entire time, thanking her for giving him a ride directly to the lungs. Unbeknownst to White Cell’s presence, the virus begins to wreak havoc only for the hero to intervene and put a stop to the bug. Attempting to execute the virus, White Cell is unsuccessful due to the coccus’ exoskeleton. Planning to distract the virus, White Cell lures the bacteria to the respiratory tract which then triggers an alarm that encloses the coccus into a clear shell. The two blood cells then take a tea break and watch as the coccus is loaded into a missile and launched into the atmosphere. White Cell salutes the coccus’ in death while the missile begins to split into two groups of multiple pods, and explode. Yes, this was a human sneezing out an infection. Red Cell asks White Cell if she would ever see him again, in which he informs her that it’s unlikely due to the host’s population. After a moment of solace, White Cell spots a new virus in which he joins his white blood cell brethren in ferociously eradicating, while Red Cell watches on dumbfounded. 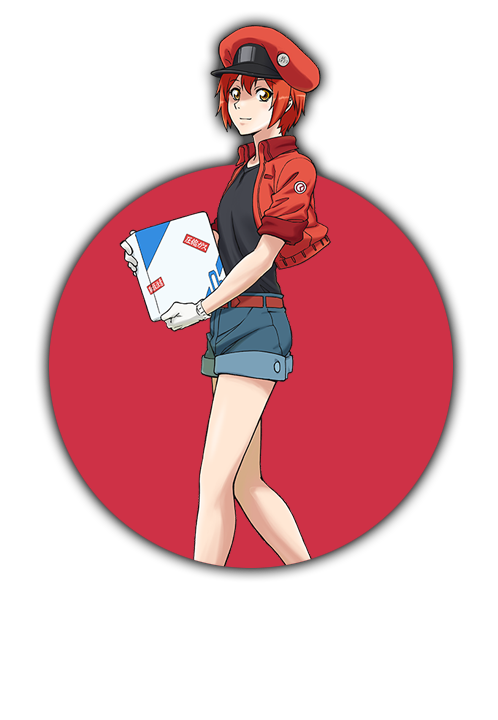 Nothing short of fantastic. I love the depiction of the human body made to be a factory full of workers trying their best to keep their “host” afloat. If you think about it, that’s exactly what our body’s actually do. The insight given in this Japanese animation is incredible. Although there are some discrepancies that have been proven, there lies a ton of facts for educational purposes and that in its own right makes me adore this adorable comedy series. I noted on our recent Anime Analysis with Dr. Stone, that I admired the showrunner’s quality in accuracy through its scientific facts. Once again, I have to tip my hat to Yūko Kakihara (Persona 4: The Animation, Orange) and Kenichi Suzuki (JoJo’s Bizarre Adventure) for implementing some fun facts here, along with their quirky anthropomorphic adaptation of the series’ source material. Just in the first two episodes that I’ve viewed thus far, I’ve had a ton of laughs, and have been immersed by its astounding premise. It’s translation through obscure and imaginative existence has my adoration.

Red Cell and White Cell’s dynamic is infectious – pardon the pun – with Red having such a bubbly personality, and ditzy mind while White’s stoic and stern demeanour contrasts this and has the potential to make for some memorable moments in this crazy universe. I may be late to the party on this series, but Cells at Work! has the potential to be one of my favourites of this year. With another two seasons beyond its initial chapter, I do wonder how long its unique plot can last beyond its current phase. It can almost be placed in gimmick style Anime, with a hook that lures viewers in. Sure its story structure may just be initiating and has ways to go before it completely fleshes out, but a solid narrative that spreads across the entire series will certainly keep its fanbase attracted. I mean let’s face it, if it wasn’t that great it wouldn’t have been renewed for three concurrent seasons. It’s an excellent show, and I’m so excited to continue watching it.

The story takes place inside the human body, where trillions of anthropomorphic cells each do their job to keep the body healthy. The series largely focuses on two such cells; a rookie red blood cell, AE3803, who often gets lost during deliveries, and a relentless white blood cell, U-1146, who fights against any germs that invade the body. 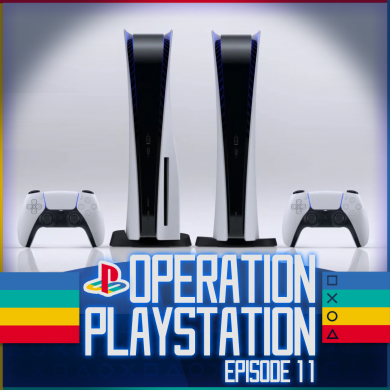