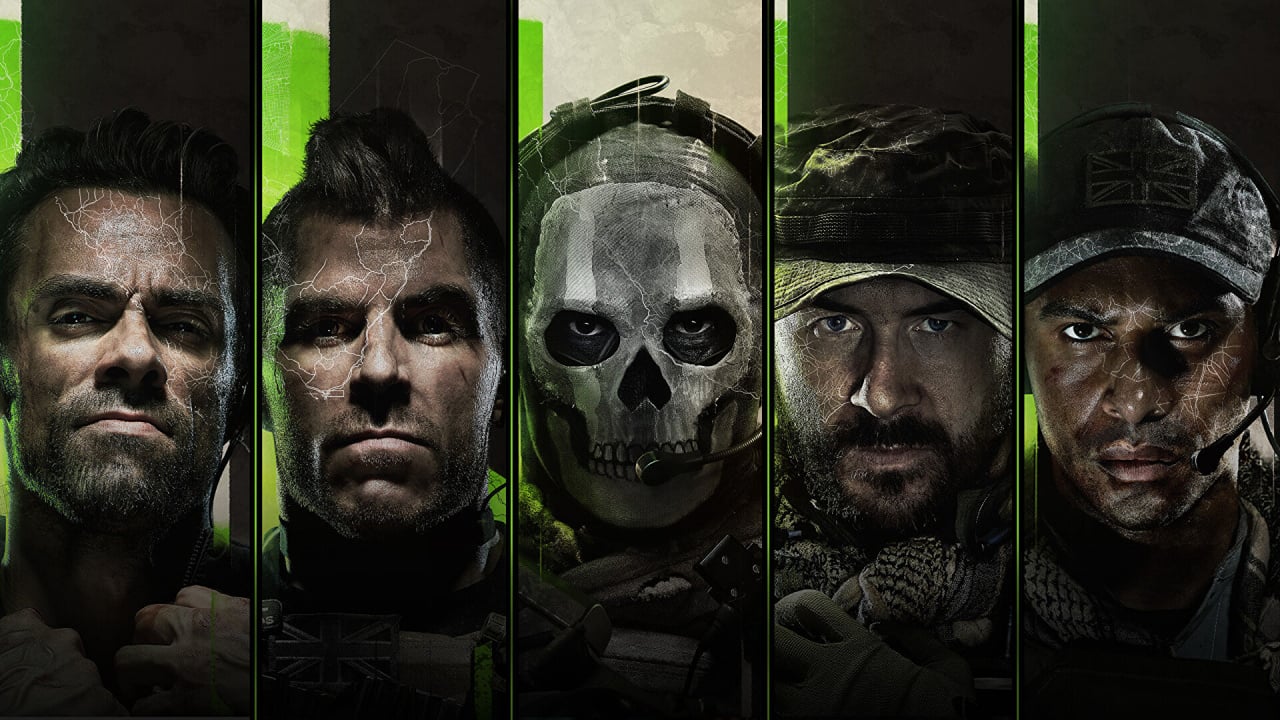 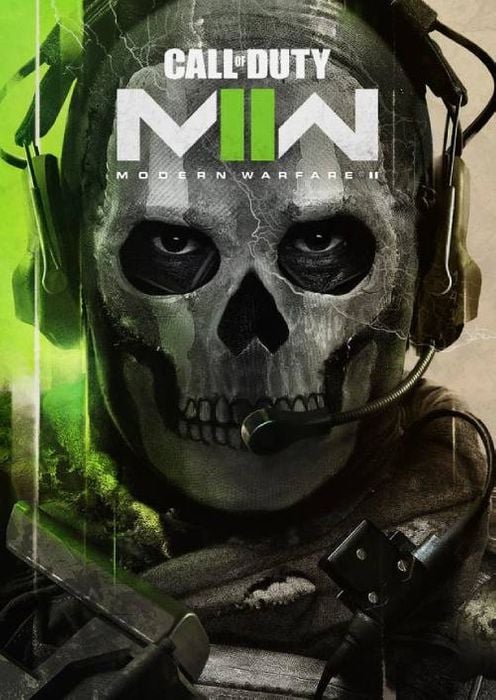 Let me preface this review by stating that the following reflectgs my experience of Call of Duty: Modern Warfare II on the XBOX Series X. I’ll begin by stating the obvious, and it is that Call of Duty: Modern Warfare 2 – the original – retains the epithet of being the greatest First-person shooter, in both single and multiplayer modes respectively. Modern Warfare II tries its best to surpass its namesake predecessor’s esteemed achievements, with incredibly detailed designs in every aspect imaginable, and while I wouldn’t say it falls short of the original, it sits side-by-side in quality which is still an incredible feat to manage in 2022. The franchise remains the pinnacle of its ilk, but can it be better? Yes, of course. But the fact that the series has tried to turn back the clock and borrow the success of its proudest moments, may make for nauseas nostalgia that some aren’t willing to ingest.

Call of Duty: Modern Warfare II still piques interest in the faithful for certain reason; unmatched experience. For this reason alone, the title still resonates with a large portion of the fps genre, and while mistakes have been made it proudly maintains its place atop the podium among the best of them. I wouldn’t call Modern Warfare II as misstep but I would say it’s a bridge entry, keeping fans satiated and interested in the franchise while a brand new campaign and multiplayer experience is being designed. I personally think it’s one of the better Call of Duty titles we’ve had the pleasure of experiencing for quite some time, given the tribulations and mixed receptions prior entries have garnered for its portrayal and re-enactments of loosely tied events of past wars, which have become mind-numbingly oversaturated within the market. For me, this is a welcome addition to the Call of Duty line-up.

So this review is going to be split into two section; first being a soft reboot to one of gaming’s greatest fps campaigns, with the second being the online multiplayer experience. Let’s get some confusion out of the way first and foremost. It may share the same name, but the campaign in Modern Warfare II is its own original narrative. While it harks beats of the 2009 classic to deliver frills of nostalgia riddled entertainment, the campaign wastes absolutely no time in placing Lt. Simon “Ghost” Riley and his troops right in the deep end without the necessity of elongated pleasantries. It immediately picks up from the events of its immediate prequel in 2019’s Modern Warfare, with Ghost deployed in Urzikstan at the orders of General Shepherd, to eliminate Iranian General Ghorbrani and his army of Russian-aided Iranian troops.

While the extremist General regales his team of terrorists, Ghost initiates a ballistic missile strike, assassinating the entire group including its General. This of course, does not go unnoticed with Quds Force Major Hassan Zyani, protégé’ and immediate successor to Ghorbrani assuming the role of his former mentor and declares war against the United States of America, funding terrorism groups across the globe. Upon initiating these attacks, Shepherd deploys Ghost and sanctions the MARSOC Marines’ Sgt. John “Soap” MacTavish to arrest Hassan, and possibly apprehend any ally of the Las Almas Cartel, which has based its operation in Mexico. Throughout its short, six hour trudge, Modern Warfare II demonstrates a blissful universe that’s incredible to gaze at. From mountainsides and clifftops that gauge gorgeous, and photogenic realism, you have limited serenity to take most of these moments in.

The gorgeous architecture that’s laden across the streets of Amsterdam present some of the greatest graphical fidelity I’ve ever experienced in gaming. It’s quite an unconventional exhibition that will have people talking for quite some. You can’t spare these achievements any borrowed time to simply gawk at until the action emblazons the atmosphere and demolishes that perception of beauty in one foul swoop. Call of Duty’s framework are prebuilt and pre-existent within its gameplay loop and mechanics. All familiarities are present, with some tweaking added for effect. The recoil on respective guns, the added vibration to each trigger mash, and an explosive audio-visual cinematic campaign adds just that more to such an expeditious, high-octane action packed bullet fest.

Modern Warfare II may be an untouchable feat for Infinity Ward, and might be tough to overcome when thinking of its next entry. Amazing shooter, awesome multiplayer, a masterpiece for its genre.

Levelling your character has become seamless, with the Gunsmith system streamlined to make for a much more user friendly experience, yet still allowing for players to intricately manage their weaponry to aid their playstyle. You can visit a training camp to practice your aim, as well as navigate through a skill-tree branch system to knock out some specialties that you may want to unlock to further elevate your player’s attributes. A welcome improvement to your protagonist’s skillset is diving-to-prone, and cliff hanging, allowing for some tactical espionage-like maneuvers, that are all so satisfying to execute. If I was to criticise anything, it would be some A.I. issues I had with enemies. Some ran in circles ala Goldeneye (almost), but their respawn system would regenerate endless swarms at times that made for infuriating, and possibly unnecessary moments. Still I’ve seen worse.

✔️ The greatest FPS remade from the ground up.

✔️ Multiplayer is just as fun as the original.

✔️ Realism is off the charts with some of the most immersive presentation seen from Call of Duty in Years.

❌ Some questionable A.I. bugs out regularly.

❌ Crafting can bottleneck the experience.

In what I would say is Modern Warfare II’s renaissance, it’s multiplayer shows that Infinity Ward know how to present this mode better than its partnering studios. While it deals with some finnicky navigation issues, I found myself immersed within each map bestowed here, and was awestruck by its overall presentation. A gnarly exhibition that details realism from respective attributes that are relegated to each piece of kit. Depending on the gun you carry, you may need to adjust the way you manipulate your character. Heavy artillery will force you to be a little more strategic, and teach you to hide, while lighter weapons such as hand guns allow you to move more freely but possess minor damage dealt.

It’s a balance system that’s genuinely enjoyable to decipher, while learning to experience MW2’s new online outfit. The best thing about this, is it bring players back to the days of old with a more arcade feel to the entire system. Mechanics are quick and easy to get used to, and crossplay makes it that much sweeter to swat up with friends across multiple platforms. There is a handicap that’s quite evident with PC players using Mouse and Keyboard vs. console players but can be tweaked to match their speed, but admittedly it’s never the same. Just be aware that PC will always have the upper hand due to its expeditious nature in camera controls and preciseness.

My issue right now is the unhealthy masses of cheaters that managed to evade a ban. No idea how they’ve already circumvented Modern Warfare 2, but it happens every generation so it comes as no surprise that we’re already at that point. Hopefully we’ll be able to jump online without these individuals ruining what is an awesome experience when it’s not ruined by these nasty nerds. The Modern era – no pun intended – Call of Duty promulgates a technical marvel in first person simulation, making for the ultimate adrenaline rush. The diverse array of maps that have been dealt detail an impeccable learning curb which will either place you and your party in perfect position to win, lose or draw with, or without hesitation. You can definitely read the room while detailing each nook and cranny surrounding you, which in turn helps rally your party if in any danger.

Call of Duty: Modern Warfare II is undoubtedly a return to form for the series that’s been long awaited from many, like myself that absolutely love this franchise. There’s no doubt that I’ll spending hundreds of hours playing online with friends and acquaintances, making for some of the greatest tag-team moments that will either be rage inducing, or leave us in stitches. Call of Duty has always had that X-Factor in enthralling players for hours upon end, and will continue to do so. I loved Modern Warfare 2 (2009), but this is just a remarkable reboot that’s been needed to the entire COD namesake for quite a number of years. We’ve had some great entries in the past, but I believe that Modern Warfare II may be an untouchable feat for Infinity Ward, and might be tough to overcome when thinking of its next entry. Amazing shooter, awesome multiplayer, a masterpiece for its genre.