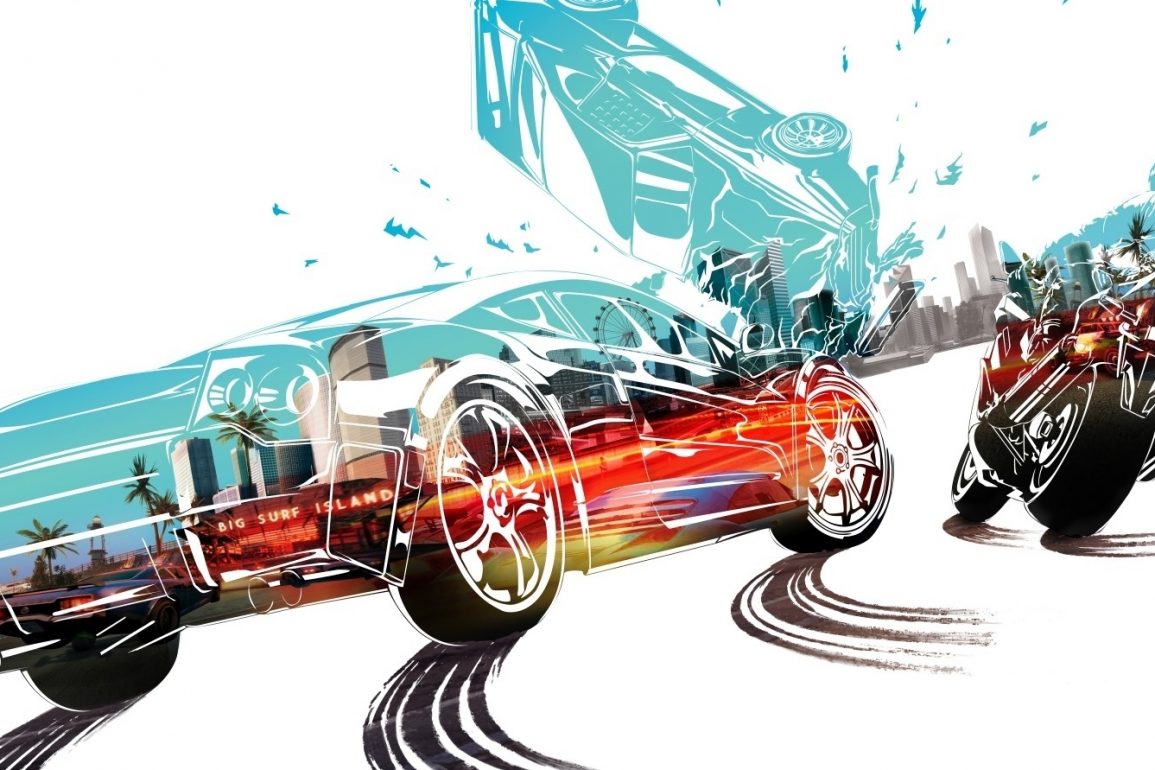 ❌Handheld is great, but can make for some difficulty driving.
❌No exclusive Switch features.

It’s astonishing how a carefully crafted and optimised Switch port can impress so easily. To carry such a title that boasts a legacy of being the ultimate street racing experience on the go is an incredible feat. We have seen many a port on Nintendo’s hybrid handheld-home console attempt this very example, but to only fall short of the Switch’s limited tech. So colour me charmed as I tell you that Burnout Paradise, is the exemplary standard in porting a title from superior hardware. In theory, a title so detailed and broad should not be able to out-perform its original remasters, but somehow… someway it does. I was absolutely floored by Burnout’s ability to display such a smooth 60fps, granted that Switch’s handheld mode is locked to 720p, while it still holds its framerate in docked mode at 1080p.

Surely the title would have had to omit a few of its staple features to achieve this, right? Nope. The entire Burnout Paradise experience is present on the Nintendo Switch, which made it more impressive. Rushing down the highway at unruly speeds, challenging a plethora of competitors to a myriad of courses with set objectives and stunts along the way, make for a exhilarating thrill-ride. Is it as polished as its PS4 and XBOX One counterparts? That depends on the details you refer too. Of course like many ports that are translated to the portable market, there are some slight downgrades but Burnout Paradise camouflages these deficiencies with its ability to deliver the high-octane, bawdy experience we all know and love.

Burnout Paradise will forever sustain its estate as a street racer that raised the bar for its competition. We had been familiar with its EA counterpart, Need for Speed and the legacy that franchise carried for many years. Criterion had certainly made a bold statement reshaping and implementing many of Burnout’s innovative mechanics at Need for Speed’s bequest. Its inheritance of certain elements from Burnout Paradise cemented the title’s clout, and saw many an entry into its genre attempt to replicate the prestige Burnout introduced but none ever came close. Now, to take this generational experience on-the-go is something I never thought would be possible, and to this extent. I could not imagine Burnout’s comprehensive range, and expansive universe available at my fingertips and readily available from its onset.

For those unacquainted with Burnout Paradise, the title is set in Paradise City (where the grass is green and the girls are pretty), a sandbox-like open world that allows the player to roam at their own leisure. The title’s progression is based purely on leveling and unlocking objectives, where as the Switch port has many of its staple features and unlockables available from the beginning. While this does deprive and dismantle its overall meaning, Burnout Paradise is more than a mission-based endeavor, its vocation is to urge the player in exploring every corner of its gorgeous terrain that is proudly displayed in such a way that would have been thought near impossible. Speeding down its many avenues, Burnout’s bewildering scope brags bravado and exaggeration which bombastically removes realism from its equation.

However, beware its many speed-traps. Its intention to catch the player off-guard is what makes this pretentious title such a guilty joy. While you may ramp up the acceleration over the intended speed limit to leap obstructions in a single bound, you may find your vehicle in tatters after your intended stunt. But that’s all part of the fun in showboating your slick skills drifting through the city’s crossroads. Running through the expressway’s turnpikes will most certainly present a challenge ducking and weaving through ongoing and oncoming traffic at the behest of your opponent, whether it be the in-game CPU or the audacious online multiplayer, which was awesome to see present on the Switch. I will give credit to EA, the inclusion of Burnout’s DLC is awesome. Cruising through each street in the ECTO-1 from the cinematic marvel, Ghostbusters was wondrous. Just don’t crash it, please.

Paradise by the dashboard lights...

Already acclimated with Burnouts previous ports to the PS4 and XBOX One, I was prepared for a slight downgrade and supposed limitations. What I was not anticipating was for every single key feature to be present, and for the title to go above and beyond its aforementioned counterparts. In the grand scheme, yes the title could benefit from allowing an improved, fleshed out leveling system that unlocks features rather than quietly handing over the ignition keys, but it also gives the player a choice to run rough-shot and run their own grand tour through Paradise City, or follow its path to victory. Regardless, Burnout Paradise presents accessibility to a casual audience that may have never experienced its initial entry on either current or previous hardware.

To introduce such a rambunctious rampage to a new crowd in such a way is undeniably impressive, with incredible visuals and a silky smooth framerate that had me questioning why other ports had struggled to get their games running on Nintendo’s spectacular hardware. Staggering yet extraordinary to say the least, I still can’t believe that I had the joy of replaying the title on what some claim as the inferior technology in our current gaming climate, yet it outperformed its initial entry in every way. Slamming down on the pedal with a led foot, you can still ascertain the exact skill levels seen in the original, if not better due to its incredible performance and comfort. I had a blast laying back with a pair of headphones on, motors roaring with Guns ‘n Roses blaring while performing insane stunts across this beautiful landscape.

Now, I do wish the title had a variety of depth that would elongate its overall longevity and quality-of-life, but that’s never been its initial commitment. Burnout’s affirmation is in its diversity and flexibility, allowing any and all players jump in and experience its whimsical vibe. It hearkens back to the classic Need for Speed: Hot Pursuit, where you would just jump in for a quick joy-ride. Sure Hot Pursuit was never as open, or diverse but that’s how Burnout undertakes its auspicious values and amplifies it. Giving players opportune moments of uncertainty and acclimating themselves with the city’s variety of routes in place that gives gamers time to grind and uncover new paths and shortcuts. Stumbling on secret passage-ways to give them that slight advantage while racing opponents, it’s all part of its outrageous fun.

Burnout Paradise for Nintendo Switch is incredible. Sure, there are some minor issues that could easily be patched, such as small text and only minor, if anything unnoticeable framerate hitches, but if anything it is the most polished port of a remaster I have played for the Nintendo Switch thus far. Yes, it comes from a generation of yesteryear, and so it should play with grace and style, and you know what? It does. It delivers on a promise of its experience from other platforms and almost out performs them to every degree. Boasting a sleek design and overall presentation is an achievement Criterion should be proud of. For fans of the franchise, or its parent category, and those who own the Hybrid handheld should definitely consider adding this essential to their library. Burnout Paradise on Nintendo Switch is a must have.

Gameplay
8
Presentation
10
Sound
7
8
A code was supplied by the publisher, for our review. 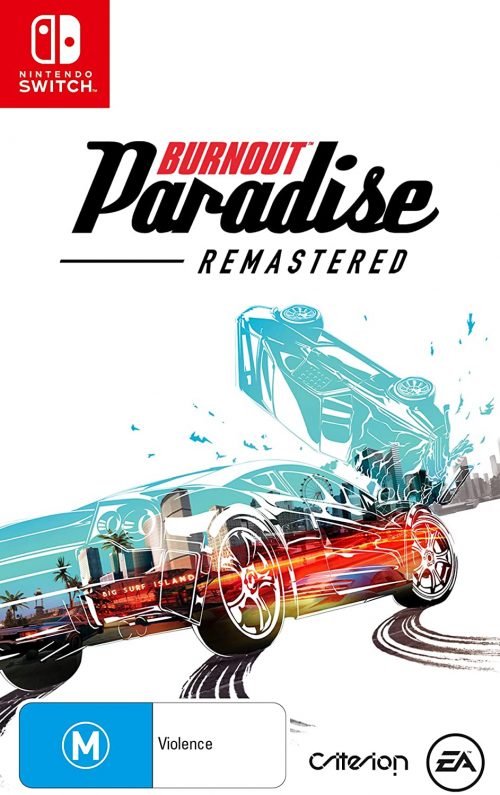 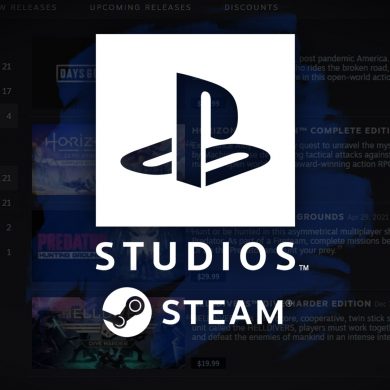