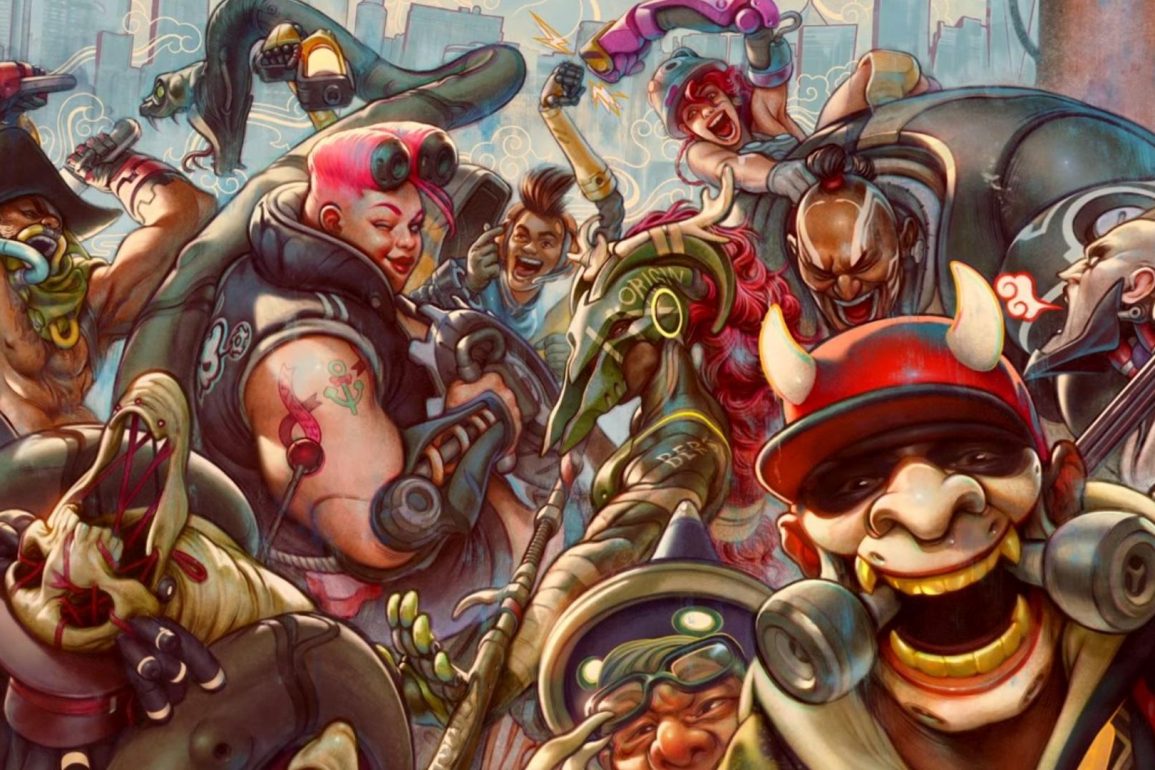 I’m not entirely sure how to describe my feelings towards Ninja Theory’s latest creation. After developing an insanely gorgeous title in Hellblade: Senua’s Sacrifice, I was dumbfounded by the juxtaposition in genre and design from the first party, XBOX Games Studio and the route they have taken in presenting a unique spin on the Arena Combat Genre. Don’t get me wrong, the game is good for it’s worth on XBOX Games Pass, if anything it’s an absolute delight to experience given our current circumstances. It’s a great addition to the copious amount of titles readily available via the subscription service, and it fits its purpose in a gratuitous manner. While Bleeding Edge certainly displays a distinct personality with a steampunk/cyberpunk like aesthetic applied to its overall bearings, its cast of quirky characters are at the forefront of its foundation. It’s a tough gig conceptually, as it immediately draws comparisons to competitive franchises such as Overwatch while remaining separated by its gameplay loop and mechanics. The immediate impression delivered can only be described as arena based, hack-and-slash brawler that borrows elements from specific franchises to deliver a sense of familiarity to the player. I will admit that the third-person aspect of the title piqued my interest, and how Ninja Theory would deliver something of a lighter nature to the studio’s previous title.

I will note that if you absolutely love a colorful cast of quirky characters that have their own unique assets and elements, along with a contrast of detailed features that sets the tone in its integral structure, you will love what Bleeding Edge has to offer. Understand that you aren’t necessarily experiencing an arena based, battle royale. It draws a comparison to other battle royale shooters due to the titles aesthetic, and map layout. Above anything else, Bleeding Edge delivers a oddly comfortable dynamic that flows quite differently to anything experienced from other arena based combat titles. Offering a roster of 11 playable fighters, the 4v4 combat gameplay loop relies on a series of objectives for each team to complete. With each character chosen, will come a dedicated class of Damage (Dealer), Tank, or Healer; each carry their own special abilities to advance your team to the next objective.

With each super-charge special, shines the character’s personality and the way it’s delivered. Drawing many comparison’s and inspiration from almost an Overwatch/APEX/Borderlands style in concept, many of our characters own look can add to their varied, yet embracing personalities. Gizmo (Molly Gibson), an Australian born Assassin who wanted to make her father (Mel Gibson… I’m joking, but the Mad Max inspiration behind this character is made quite obvious) proud of her achievements, sending her to New York to find the Bleeding Edge. Maeve, an Irish elderly who was obsessed with nature as a child. Nidhoggr, the stereotypical goth-rock death metal musician/assassin. Finally, my favourite Daemon; a Melee assassin who was orphaned as a child, seeking to find his purpose in life finding martial-arts to be the answer. These are just three four examples of the eleven eclectic mercenaries of choice.

While I would love to tell you that there is a modest amount of depth to go into with Bleeding Edge, it’s difficult to say. Objectives are quite candid, if anything their forthright and barefaced in approach. It certainly makes for a streamlined experience that doesn’t tend to hide anything from the player. While Bleeding Edge does set the task of displaying a plethora of talent and objectives at your disposal, its variety lies within its gameplay style. It doesn’t seem like it’s dedicated to one, but a numerous which is cool. Prominently being marketed as a shooter, Bleeding Edge also displays an incredible amount of exciting fighting mechanics, and borrows some basics of the hack-and-slash genre, but nothing that you could compare to a Dante from Devil May Cry. It’s quite an interesting feat to be knocked down, yet to get right back up and clash with your opponent with such power. It’s a distinct element of grace applied to what can only be described as chaotic in nature.

The best way to jump in and learn everything about Bleeding Edge, would be selecting Training Mode, and getting a glimpse of the titles diverse range of movesets. Practicing combos and different ways to evade oncoming attacks, will certainly help on the battlefield. I felt as time went on, I started to understand the title more and more, with each combination of slow and meticulous, to the fast and sleek approach. The dynamic between characters is astounding, and something I appreciated. However, the Bleeding Edge has an expiry date. While appreciating the variety included, I was aware of the title’s repetitious nature and how fast it would fatigue my complete interest. While I would not describe Bleeding Edge as dull or mundane in anyway, it’s appeal is set to accomplish a niche of its own. While appreciating a devoted fan-base that could potentially see the title become a cult classic, I could see someone’s argument that the gameplay loop is quite an unbalanced experience.

So what is the biggest issue this title has going for it right now? Its camera. I was dumbfounded by how woeful the camera’s timing was in this title. It almost had a hard time keeping up with certain character’s. It’s almost like the camera was designed for only one specific character, yet the mechanics were applied to the entire roster. With every character having their own skillset, this was certainly a burden. In 3D gaming, camera controls are the forefront of initial quandaries. Having the camera focus on an enemy character entirely elsewhere on the map in certain moments had me questioning what was even happening with the game itself? While trying to entice players to continue on with each objection, it became apparent that there was going to be a limit to where I had enough of an idea of what this title was about. While I understood what Bleeding Edge was trying its best to accomplish, I’m unsure if they were able to ascertain this.

Presentation-wise, Bleeding Edge’s comic-book aesthetic displays heavy inspiration drawn from a Borderlands type concept, with an interesting map design that would be fun if it was first person. While scaling around certain parts of the map reminded me of the limited capacity of Insomniac’s Sunset Overdrive, I did have a ton of fun fighting through a flurry of opponents that seem to have already mastered their “main’s”. The drawback of this however, is the 4v4 arena based experience falls flat from the get-go. It’s team based battle style seemed pointless, and made me wonder why they went with this style, rather than a solo experience. Regardless, it was interesting to see how smooth my experience was online. I barely experienced any lag or clipping while playing the title, and was quite impressed with the title’s response times. In the end, that alone made for an enjoyable experience.

Bleeding Edge is unique. It certainly will have a love-hate relationship within the combat community. I question Ninja Theory’s motives, in trying to establish a new franchise while in the midst of transitioning to a first party studio, for XBOX. Coming off the success of Hellblade, made people wonder what the entire goal was, in trying to re-establish the studio’s status, by entering such a broad market. Yes, battle royale’s are popular and can leave quite an impression on gamer’s, but Ninja Theory’s current acclaim lies within their incredible concept, and ideas behind the Hellblade franchise. Aside from that, Bleeding Edge is quite a cool casual game for existing XBOX Games Pass subscribers. It delivers something different to the ordinary arena-based combat shooter and should be experienced by those who have the luxury of getting their hands on it. 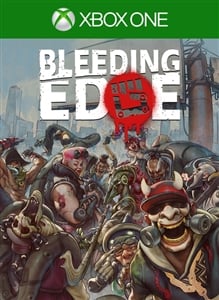 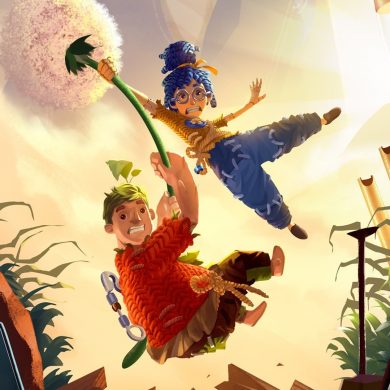