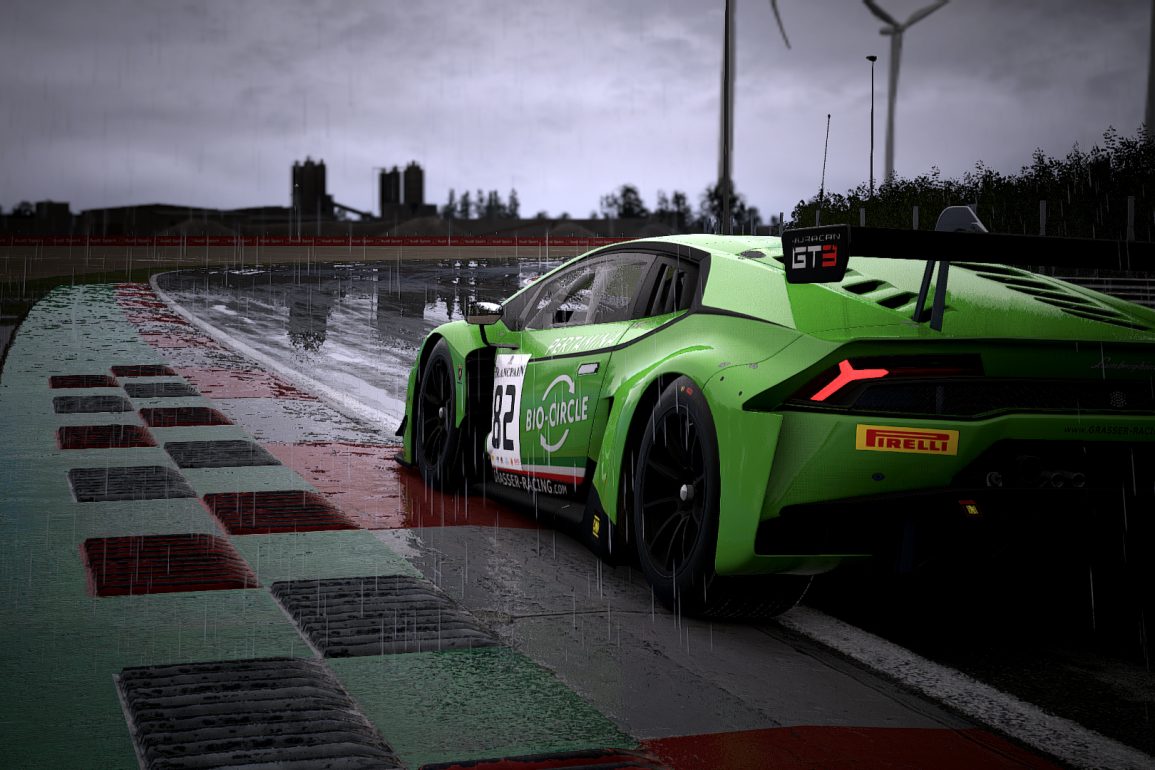 ❌Major framerate dips below 30fps.
❌Dashboard animations are all over the place.

Motorsport titles are a dime a dozen, but none more heralded than the XBOX Exclusive, Forza Motorsport franchise. When Assetto Corsa’s initial entry bursted on the scene, I was most certainly excited at the prospect of a solid racer that deviated from Forza’s benchmark bearing gold-standard quality in traditional circuit racing titles. Assetto Corsa proved to be an amazing alternative, providing users a fleshed out experience that included some intricacies that were made absent from its rival’s core engine. The sense of realism applied hearkens to the classic Super Nintendo racer, Nigel Mansell’s World Championship. Given the scope of how diverse the art of Motosport Racing truly is, I salivated over its plethora of choices that were simply outstanding for a newcomer, and certainly left its impression within fans of its genre.

We move ahead to Assetto Corsa Competizione, first available on PC now on XBOX One and PS4 however, the sleek and subtle concepts that were implemented in its predecessor has begun to feel quite antiquated. Yes, it still boldly separates itself with far from few features that have inspired rival franchises, but its aging blueprint is nothing to ride home about. Don’t get me wrong here, Assetto Corsa Competizione is a solid racer, but its drawbacks are made quite evident in the series’ second entry. While it may have been considered fresh and innovative, polished even, Assetto Corsa Competizione’s rusting exterior is bearing its aging highbeams with some troublesome mechanics that are anything far from cruise control.

First you have to finish...

If you enjoyed Assetto Corsa as a quick fix, then you won’t be disappointed with what is one offer. However, if you were a fan of its diverse range of circuits, a myriad of mechanical excellence, and an amazing produce that felt superior to any driving simulator on the market, then you will be slightly discontent with Competizione’s bare bones approach. Without labeling the title as its second entry, using the “Competizione” handle allows it to forego many of its predecessor’s features for a skeleton experience. It’s not anything bad, but it is underwhelming for those who may have been seeking the franchise to go above its inspiring initial entry. Granted, we’re living in dire straits around the globe at this time, so I could empathise with the Italian Based developer’s hardships in finalising the title during a national crisis.

Competizione strips away key features that made Assetto Corsa conceptually unique to its counterparts. It certainly feels like a seamless approach was intended here to get the player from the pit to the track without stoppages. I can appreciate its streamlined accessibility, however with its glaring absence of range in both vehicular and landscapes, made for a questionable excursion. Its confusing to say the least as the team had moved its core engine designed locally to Unreal Engine 4 in hopes of gaining major improvements in overall design and presentation. Granted they achieved this aesthetically with incredible realism. But its lack of additional features rears its ugly head for experienced players of its prequel. To forego its excellence in diversity for an aesthetically pleasing province, is a questionable conclusion.

Using both an XBOX One controller and a Logitech G920, I had come to the realisation that Competizione’s difficulty in realistic circuit racing had exceeded my expectations. Sure it’s easy to make the comparison between Forza’s handling and Assetto Corsa’s renowned approach, but its devotee’s are living in two separate worlds. While Forza Motosport may engage with all walks of life from casual to hardcore, Assetto Corsa looks to plant itself within the aficionado’s cognoscente. With a “led-foot” and heavy steering, you may find yourself in some deep trouble handling your vehicle without taking precautionary measures. Understanding and maintaining control of your car will take practice, which is why I would highly advice newcomers to take a spin around a few circuits before taking anything seriously.

I found its steering mechanics to be translated quite smoothly to a simple controller from initially enjoying the simulator on its intended steering schematics. I had some trouble with the rolling starts where I would anticipate the beginning of the race a little early before hitting the accelerator with all my might to only land off road. If anything, that’s my problem not the title’s. However, adjusting the title’s sensitivity is almost absent with no way of allowing players to gauge its curbside steering. Faithful to its predecessor, Assetto Corsa Competizione leaves and everlasting display and in-depth experience beyond any racing simulator in real-time interactions with your team. Warning when you are going too fast, or too slow. Giving you advice on your performance, and how other racer’s are tracking, and when it’s time to head to the pit for some maintenance work.

Aesthetically speaking, the game is gorgeous. Migrating from KUNOS Simulazioni’s in-house local engine to Unreal Engine 4 did the title a worldly amount of favours. Competizione boasts an incredible amount of depth in graphical fidelity, and realism. Attributing to its astounding realism comes its display of its ever-changing weather patterns that can affect the way you play the game. From Stormy nights to Snowy days, you will find yourself marveling at your surroundings and its sheer beauty. Sometimes quality over quantity can be beneficial. There are some minor hitches that could be easily patched, including some movement animations from NPC’s in the pit, and your drivers hands controlling the wheel, which are just unnatural. I felt as if I was controlling an robot rather than a human with its poor animations.

To keep its authenticity alive, the title blares its roaring engines boisterously. It is a loud game, headphone users you have been warned. For the 20+ hours I played the title, I would walk away with a slight buzzing in my ears with echoes of rally cars passing by. Technically speaking, the title runs okay, its nothing extravagant. Limiting itself at an industry standard 30fps, Competizione found itself to stall quite a bit. For a racing simulator to drop below anything of the aforementioned framerate is quite disappointing and costly to the consumer or devotee. I found my time on each course to be a randomised experience with framerate reaching below 25fps. It became a bewildering ride and one I had trouble keeping up with at times. I can understand using a brand new engine, and readjusting your learning curb to deliver an exemplary simulation, but it needs to be polished and QA’d for reassurance before it goes gold.

It’s certainly rough around the edges, and tough to gauge Assetto Corsa Competizione’s overall presentation, but would I still recommend this awesome racing sim? Yes. It’s glaring issues are fixable by simply patching most of its problems. However in its current state of performance, it just reaches a sub-par experience. Its omissions may be evident to some, but enthusiasts will care less for its flurry of options for its seamless approach. Sure, it could do with some slight tweaking and realigning, but the ol’ girl still purrs like a ravenous machine. Jump in, it sure is to be a bumpy ride at the beginning, but Assetto Corsa Competizione is on a course to smooth sailing as one of the best racing simulators… with some cut and polish intended.

Gameplay
7
Presentation
8
Sound
7
7
A code was supplied by the publisher, for our review. 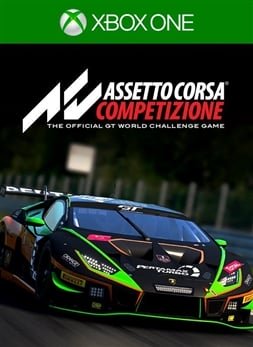 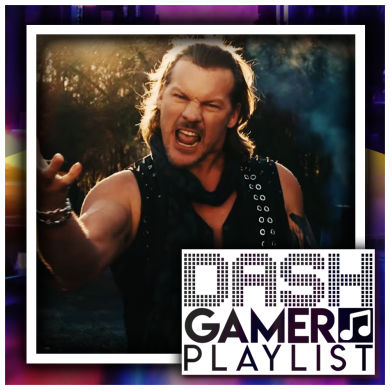