Lyrically raw but sometimes too simplistic or repetitive

As one of THE breakout bands to centre songs around dark personal experiences, fans of Korn are well-versed in the themes of depression, abuse, anxiety and other mental health issues. Over the years vocalist Jon Davis (JD) has pushed beyond these to try and explore a range of other globally-reaching themes, with hit ’n’ miss execution along the way. Through line-up changes, addictions, stylistic roulette (from dubstep to world music) and some strained attempts at replication, Korn have come full circle to deliver their most cohesive and hard-hitting work in over 15 years. It’s no coincidence that Korn’s 13th album, released Friday 13th, runs with an overwhelming presence of darkness.

Around this time last year it was the shock news of the accidental overdose of Deven Davis, JD’s estranged wife, that plunged him into despair. You could forgive JD for stepping away to work through the emotional aftermath, particularly as this occurred during the album-writing process. However, he chose to use the album as a chance to vent and describe what he sees as an “extraordinary force” of “dark/light” that is “pulling at us every moment of our lives”. It’s a mysterious concept that allows Korn to tap into the raw emotion of their beginnings in an honest way.

When original member Brian ‘Head’ Welch (guitar) left the band in 2005, Korn veered off into a winding path of experimentation with varied results. For Head’s welcome return in 2013, fans were overjoyed only to then receive the unfortunately patchy ‘The Paradigm Shift’; an album that struggled between sounds and ultimately missed the mark. The band turned a corner with 2016’s ‘The Serenity Of Suffering’ (TSOS) that thrust some heaviness and revitalisation to the fore. While not without flaws, TSOS was like a glowing beacon on the horizon; the direction was in sight and Korn were closing in on it. Today we have ‘The Nothing’, where through tragedy comes triumph.

Album intro ‘The End Begins’ brings Korn’s iconic bagpipes front and centre, with Fieldy (bass) placing an intriguing distorted rumble underneath. As the piece builds, it finishes with in-studio cries and sobs that sound like a true recording extension caught on first take. And thus the tone is set. As one of the album’s prime dynamic tracks, Korn ain’t duckin’ around with ‘Cold’. Described as a “hand-in-glove” technique, JD’s savage barking works with the ‘call and echo’ formation of the guitar work. This song also delivers an atypical uptempo chorus that on first listen changes the feel, but works in its favour as a stylistic choice.

As the lead single, ’You’ll Never Find Me’ is well-known and still positioned as one of my top picks on the album. With an intertwined industrial tinge, bitcrusher effect, scratching and an overall deep sound, this song ebbs and flows with expertise. Ray Luzier (drums) forms a rock-solid backbone for the instrumentation, with some tribal flourishes that catch my ear every time. Like an oncoming storm, the build-ups engulf the listener. Interestingly Billy Corgan (The Smashing Pumpkins) contributed to the songwriting here.

The vocal pattern variations on ‘The Darkness Is Revealing’ help craft some catchy hooks against a dirty musical backdrop. The mosh factor is strong with the bridge, paired with an almost rap-like yelling repetition. I’d love to see this one live. ‘Idiosyncrasy’ is a whirlwind of stylistic avenues that works surprisingly well – from the dark circus intro, dream-like floating verses and pre-chorus growls to the memorable chorus off-beat and intense extended bridge. In fact, the see-saw approach to the bridge and bookend riffs hark back to Korn’s ‘Kidnap The Sandy Claws’ cover. I’ll be returning to this track often.

Segway piece ‘The Seduction Of Indulgence’ is a disturbing and experimental inclusion. Slithering along with lo-fi insanity, the off-kilter light guitar work wavers against excellent plodding drum work. Then a lyric repetition of “stabbing me, touching me, licking me, raping me…” sets in as if you could picture someone alone, rocking back and forth in an other-worldly mind state. It fits in with Korn’s history of strange and disgusting intermission offerings.

‘Finally Free’ introduces some brass-like swells from James ‘Munky’ Shaffer (guitar) and Head, that simmer above a bass-prominent rhythm section. The use of vocal vibrato, that JD uses increasingly in the modern Korn era, shines in the verse and chorus sections. When the heavy bridge arrives, it’s an expected element of the song that fans will eat up. Ending the song on the same section helps prove purpose for the aforementioned bridge, rather than being a throw-in.

The third song released prior to album launch, ‘Can You Hear Me’ was admittedly underwhelming when first revealed. However, in the album sequence it sits nicely as a simple synth-led and warmer sounding number. While I love Korn when they’re heavy, it’s actually the lack of harsh vocals that gives the song an advantage. More of an auto-pilot breather track, sitting just over the halfway point, I’ve come to appreciate it more as I run through complete album listens.

Unfortunately ‘The Ringmaster’ demonstrates potential but never feels entirely thought-out. I like the chorus melody, the slap-heavy intermittent riffs, the cheeky verse vocals and even surprise beat-boxing… but it doesn’t quite meld. It’s similar to a solid brainstorming session but without defining the whole purpose. With twin-guitars in full effect on ‘Gravity Of Discomfort’, the previously mentioned ‘call and echo’ instrumentation provide a groovy foundation that will get that headnod happening. When JD hits his stride with vocal hooks, it’s sublime stuff, and helps provide a catchy progression for a memorable song.

I will admit when I saw the song title ‘H@Rd3r’ I worried it may be a ‘J-Devil’ (JD’s solo EDM project) inclusion of sorts. My fears were crushed and pushed aside by a rolling riff opener that will help keep my chiropractor in business. Stripped-down verses bring balance to a larger-than-life chorus stomper. It’s this song that pops in some surprises, from a diverging drum-room passage to the extreme ending build and blast beat. Yes please!

Sounding like an amalgamation of sounds from turn-of-the-century releases (‘Issues’, ‘Untouchables’) and even rock opera, ‘This Loss’ is a solid final complete song for the album. It’s no standout but introduces some fun elements while retaining the tone of the album.

To close ‘The Nothing’ is an interesting mid-point between outro and standard song length in the form of ’Surrender To Failure’. As you listen you can’t help but hear a poetic cry attributed to Deven’s passing. Filled with a self-hating sense of regret, JD sounds like he’s releasing into a void through his lyrics. “For every good thing I’ve done, there’s a price to pay. And that price has left me horrified, God I tried.” The album finishes with a desperate whispered moan of “I’ve failed” – heartbreaking stuff.

As a hardKorn fan, I’ve been deeply invested in every album they’ve released, and can pinpoint the highs and lows of each without ever writing them off. I am very pleased to see the unanimous “return-to-form” reaction from Korn followers and music media for ‘The Nothing’. That being said, there are some areas of improvement that could have perfected the album. Vocally JD’s performance is top-notch, providing all trademark flavours with conviction… however lyrically it can drag a bit through repeated words and all-too-familiar phrases. Thirteen albums in can be challenging, especially if you’ve written from a dark and internal perspective for so long. I think within the diverse vocal patterns and cadence JD brings, some extra time looking at the use of lyrics would improve the lasting appeal of some of the songs.

Looking at the overall album, the song structures are quite solid, but there are some missed opportunities to explore ideas further. This may have helped avoid the disjointed sound of ‘The Ringmaster’ or even push to expand the album closer into a fully-fledged song format. As a listener, it’s easy to say all these things without knowing what’s happening behind the scenes. Perhaps the rest of the band didn’t want to intrude the sensitive situation JD delves into? Maybe the stronger songs were completed earlier on with any shortcomings as a result of label requirements (number of songs, deadlines..etc)?

For the most part, ’The Nothing’ arrives as a well-produced and undeniably strong album. The riffs hit you in the face, the emotion is real, and the rhythm will please crowds worldwide. Now that a balanced modern Korn sound has been achieved, I am interested as to what their next step will be. With this release being as close to a ‘concept album’ as Korn have ever done, the stage is set for an exciting follow-up. Writing together as a tight-knit 5-piece proves they have what it takes to excite fans. If not Korn, Who Then Now?

Korn: The Nothing – Roadrunner 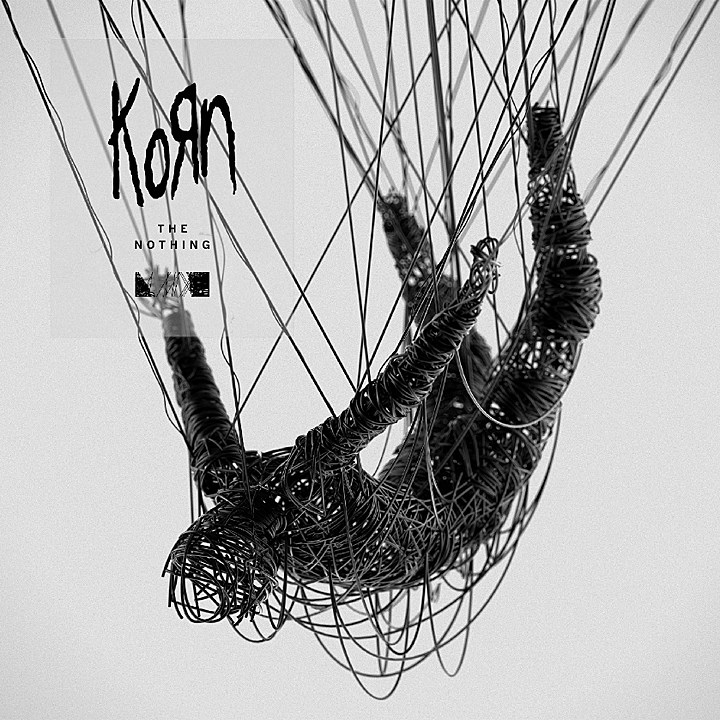 The Nothing is the thirteenth studio album by American nu metal band Korn. The album was released on September 13, 2019 by Roadrunner and Elektra. The album was produced by Nick Raskulinecz. 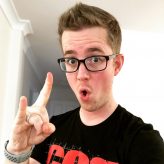