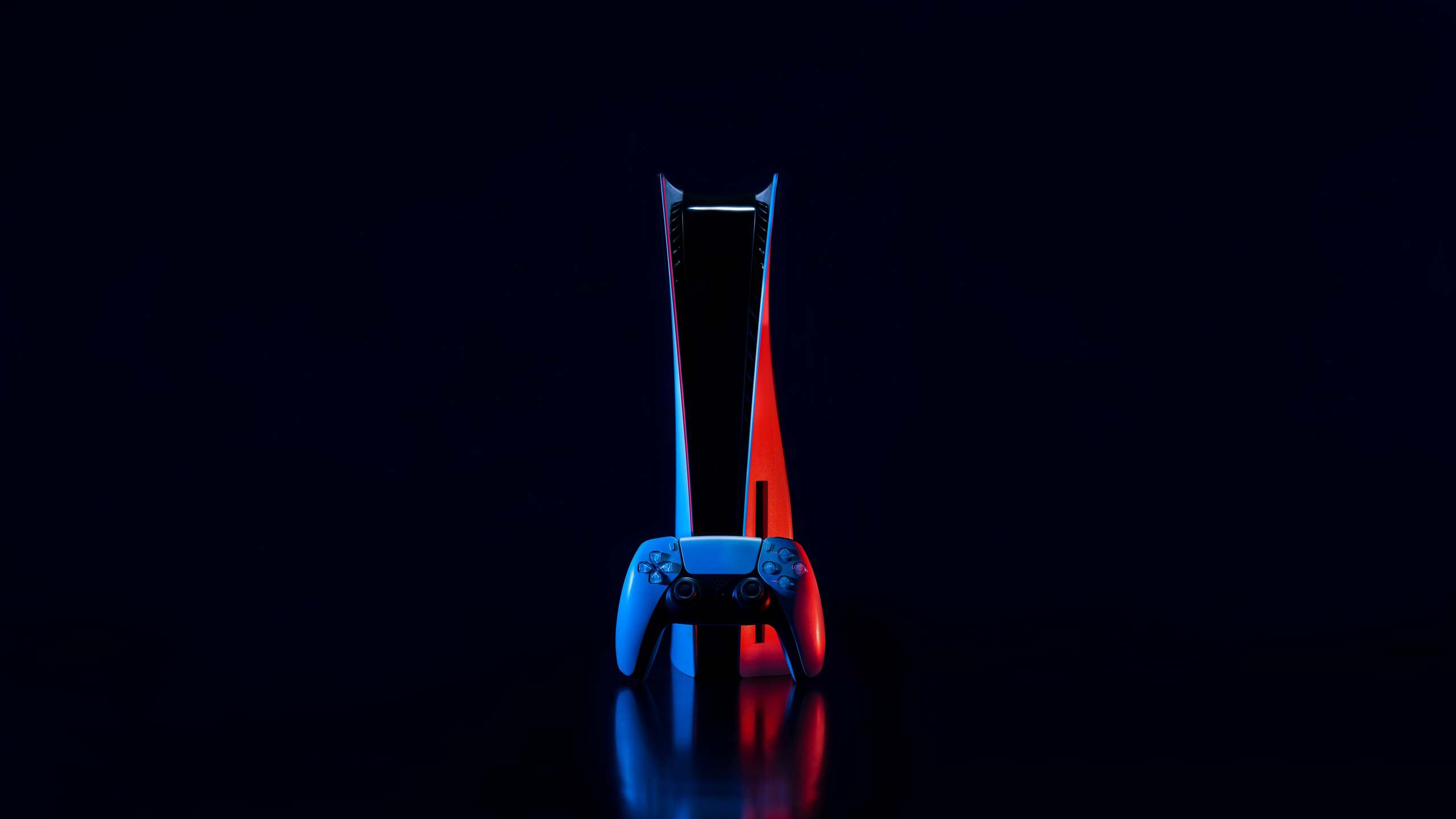 Actually, the PlayStation 5 does not suck

So for those that are bewildered by this feature’s title, I would encourage you to read Input Magazine’s “The PlayStation 5 sucks, actually” by Ryan Houlihan. They bring up some fascinating criticisms regarding PlayStation’s marketing, commercial and manufacturing decisions which have agreeably flawed some of its delivery this ongoing generation. But for one thing I disagree with, is that the PS5 sucks; sorry Ryan, I respectfully disagree. I was emphatic in my statement regarding PlayStation’s assertive decision to have an extra NVMe slot remain dormant since the launch of the unit, back last November with no access to the systems expansion slot until Sony saw fit to roll out a Beta program, allowing a minute portion of their consumer base to be the guinea pigs.

I was critical of an overly presumptuous testimony that predominately pre-purposed a customer base to be knowledgeable enough to install the user unfriendly SSD, but while I may have qualms with this, it does not mean that the PlayStation 5’s migraine inducing aesthetics make it a bad console in any shape or form – literally and figuratively. Comparing the entertainment unit to its grandfathering console, the PlayStation 3 in some capacity is fine, but to say that the unit has had a similar approach in its software launch is overstatement. Looking back at its 2006 launch, the PS3’s underwhelming launch offerings were substantially poor, especially for the company that had just come off gaming’s greatest console generation in history (in the PlayStation 2).

Let’s compare shall we? On the PlayStation 3, out of 10 software launches within the first four months, only four were exclusive. The PlayStation 5 trumps this with a whopping 28 launch window titles, with eight developed by first party studios. It’s incomparable, but I do empathise with your concerns in terms a timetable for future releases. While I cite your expression of negligence towards Sony’s campaigning of Ray-Tracing technology, in the defense of PlayStation, there is or at least was an intention to have a lid lifted on a bountiful offering that would demonstrate the power of its technologies but I would make note of our ongoing pandemic which has stifled those plans in such titles like Horizon: Forbidden West and God of War: Ragnarok being pushed from their slated 2021 release dates – which is fine; the more time working on these titles, the better for us.

Now, let’s agree wholeheartedly on PlayStation Now’s abysmal “Cloud” service. It’s got nothing on Game Pass, and it’s a sorry excuse that in no way can stand up to the magnificent infrastructure that XBOX has managed to construct in its all-access subscription based library. I’m dumbfounded, and irritated by PlayStation’s complacency with nonchalant responses from President of Sony Interactive Entertainment Worldwide, Jim Ryan. It’s unforgivable that XBOX’s dev mode allows users to install open-source 4K PlayStation (PSX) emulation at a one-off payment of $20AUD, while Sony users are left slowly drifting up shit creek without a paddle. For two generations without zero backwards compatibility, while XBOX has opened the floodgates for players to experience first party titles on launch at minimal cost, while having legacy titles available within their subscription service? Outstanding.

In terms of online accessibility, and having to pay a yearly subscription for multiplayer access; XBOX actually initiated this clause. PlayStation followed suit later into the PS3’s lifecycle. Without the influence of Microsoft’s corporate response in turning the online market into a money making machine, Sony would have remained in the red and uninspired to bring us PlayStation Plus – and let’s be frank, the games that have been shilled compared to Games for Gold? No competition. Yes there are some off months, but for the most part PlayStation have delivered some surprises this year including; Final Fantasy VII Remake, The Last of Us, Oddworld: Soulstorm, Destruction AllStars (despite its mixed reception), Greedfall, Maneater, Control: Ultimate Edition, Days Gone, A Plague Tale: Innocence, the list goes on-and-on – not to mention the PS Plus Collection for early adopters.

Now it should be noted that within the generous offerings laid out before us, Final Fantasy VII Remake was gifted without a guaranteed update for PlayStation Plus subscribers, with its direct competitor in XBOX only recently allowing existing Game Pass users to upgrade Hellblade: Senua’s Sacrifice at no additional fee. Which brings me to Ghost of Tsushima: Director’s Cut perpetually pulling a similar stunt in their one-time cost of a near full release to upgrade their title from PS4 to PS5. Not a great look on PlayStation’s part in my opinion. Now with the Dualsense, it’s early days and you have to be of the mind as an early adopter that anything can go wrong and in this circumstance it’s the Nintendo-esque joycon drift that has unceremoniously casted its dreary shadow on this revolutionary piece of gaming tech.

Sony are looking to amend this releasing new SKU’s of the controller along with the revamped console that’s touted to be 300 grams lighter than the original. This brings me to another concern which was fixed early on through a firmware update which was titles that were cross-platform between PlayStation 4 and PlayStation 5, booting their predecessor’s version as its default. This has been since rectified, rendering this critique moot. So let’s talk formfactor, and yes the unit itself is an eyesore to some. I cannot deny the fact that it’s a behemoth that’s aesthetically misplaced within sleek midnight black entertainment unit, and yes Sony’s outrageous take downs of third party plates are absolutely disgusting but the parent company has every right to protect its patent.

I was never a fan of the PHAT CECH PS3 model and its awful piano finish, and for PlayStation to once again apply this to a fixed portion of their hardware had me reeling. When the PS4 Pro initially landed, it was a sight for sore eyes, relieving myself by turfing my OG PS4 with its silly polypropylene (for anyone that did Material’s Technology in high school) side-plate, so sensitive that your dermal’s would scratch the finish. So yes, I cringe at the thought of laying a finger on my PS5’s front panel. I do pray that we see a redesign that resembles something of the first generation slim PS3 model sometime later down the line that rids the purpose of swappable plates, as neat as that feature is, and is completely matte black.

Ryan, as you mention near the end of your article, most of these critique’s are “petty squabbles” but to assert the notion that PS5 sucks because of these is a little far fetched. The PlayStation 5’s true potential has yet to be realised, only a newborn into the world of console gaming. Sony have provided some serious bangers in the last decade and are gearing towards another generation of exclusives that will undoubtedly raise the bar for many gamers and developers alike. There are some questionable decisions that have concerned many “Sony Pony’s” – myself included – that leave us wondering what was wrong with the old template. Yes, we know the dire circumstances of mismanagement under the corporate leadership of one Mr. Moneybags Jim Ryan, has sent the Japanese gaming manufacturer to spiral from the very least, a Public Relations standpoint.

But if there’s anything I can vouch for is not only an ace up their sleeve, but PlayStation encasing a full deck just dying to be fanned. Albeit some creative stifles that need to be ironed out, but to outright state that the PS5 sucks from a software standpoint is overzealous. As gamers we can agree to disagree with respect, and I can understand your concerns laid out as some are my concerns as well. But looking from a entirely different perspective, the PlayStation 5 has already delivered on a promise and that is hours upon hours of entertainment from a selection of exclusives that have demonstrated why the unit is a must have this generation. From Spider-Man: Miles Morales, Demon’s Souls right to the quirky antics of Ratchet & Clank, there’s something for everyone this generation on PlayStation. So regardless of minor setbacks that are quite honestly trivial footnotes to the console’s impending legacy, No the PlayStation 5 does not suck. 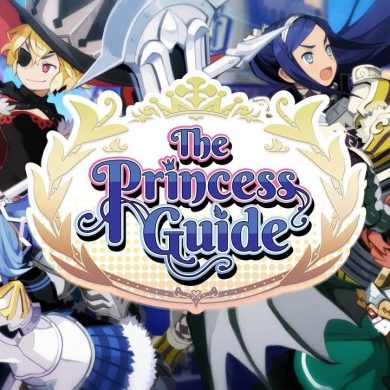