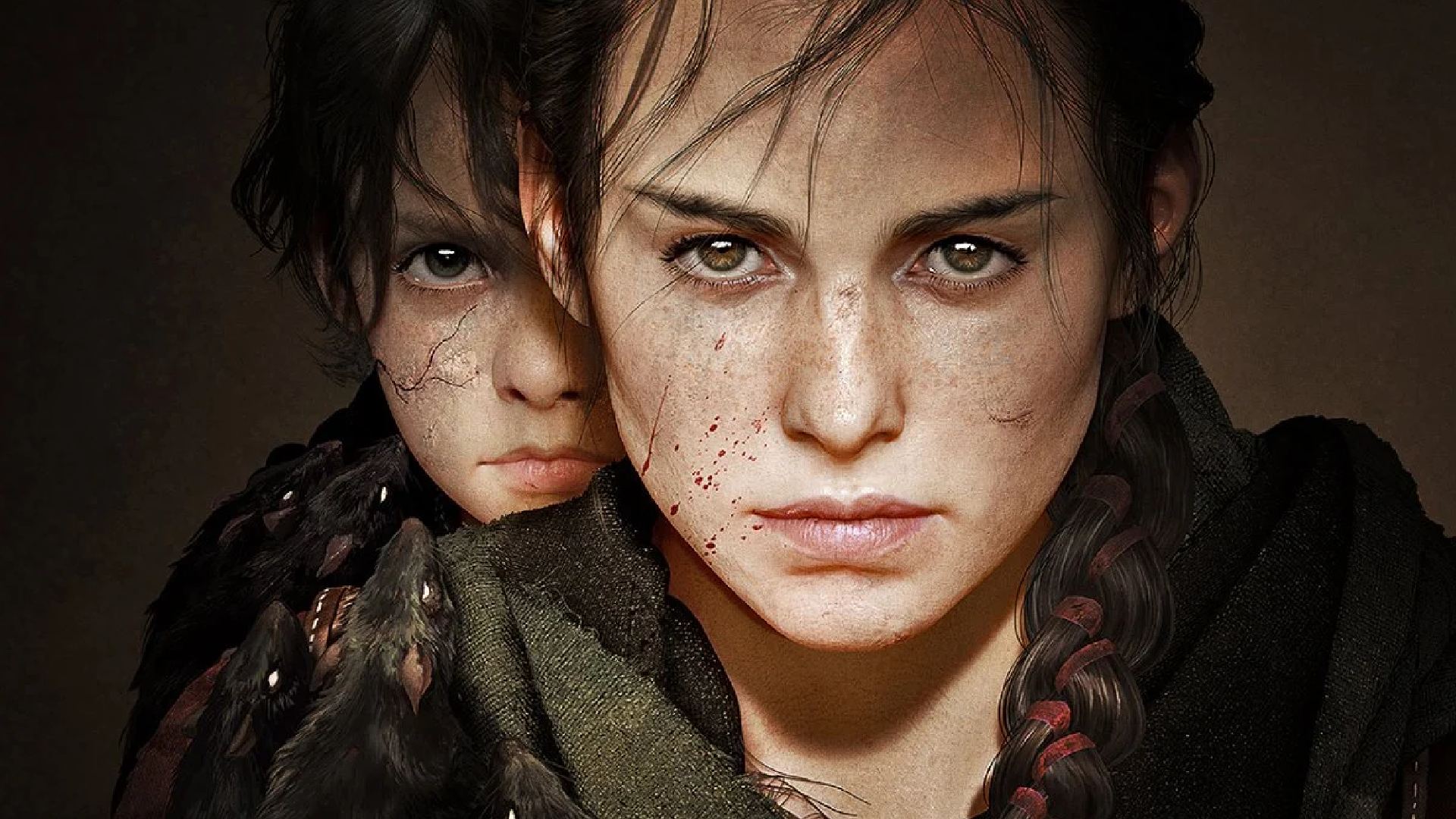 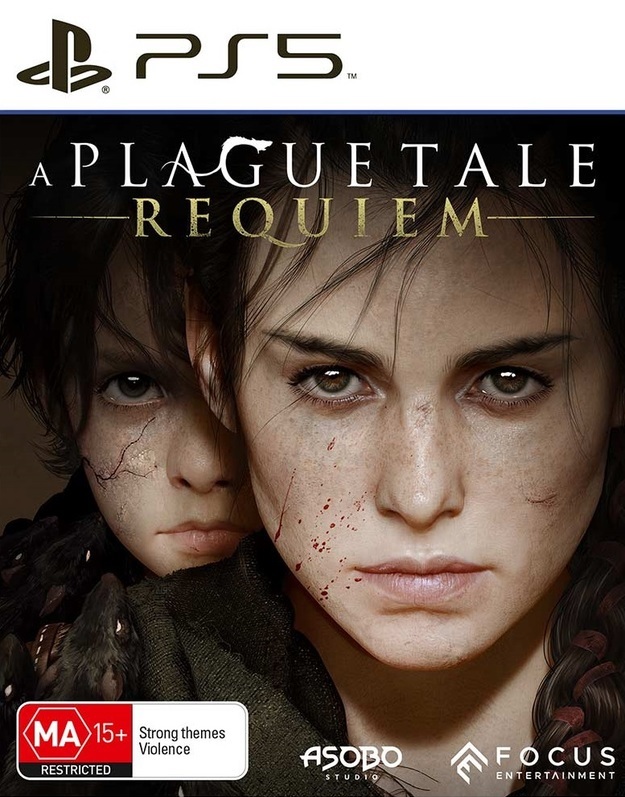 You know those sleeper hits that just surprise you out of nowhere? The one’s that leave you completely engaged in its story but had no idea it was going the enthral you the way it does? A Plague Tale: Innocence was exactly that and more when the survival-horror launched back in May 2019, and had me awestruck by Asobo Studio’s incredible craftsmanship. An artistry that brings 14th century France to life, and an alternate timeline referencing the Hundred Year War during the French Inquisition. In an unbelievably gorgeous follow-up, A Plague Tale: Requiem takes what we knew and loved of its predecessor and doubles down on all ambitious facets and features, that has now popularised the series as one of gaming’s greatest medieval narratives. The fictitious trials of young Amicia de Rune and her younger brother Hugo, are undeniably captivating from beginning to end and will undoubtedly leave players reeling.

But how has A Plague Tale’s follow-up evolved from the original’s intuitive gameplay loop and over experience? There’s no question that a lengthy development cycle taken upon the French studio, has allowed them to polish the game for what is quite a delightfully dark, yet wholesome tale. It’s packed to the brim with memorable moments, driving every mixed emotion from fear, adrenaline, triumph, and sorrow. There’s only few titles that deliver on these, yet A Plague Tale: Requiem serves each attribute on a silver platter. Masterful writing carries you through each worrisome chapter, with our protagonists’ respective purviews progressing and developing in front of us. It’s scary to see such young kids have to grow up so fast and lead an unknown, vulnerable life full of pits and perils that are unsafe, uncertain and ultimately precarious.

Requiem picks up six months after the events of Innocence, with the De Rune family seeking asylum in Provence. However, just as they make haste towards the town, Hugo’s Macula illness once again takes over his body, leading Amicia and her friend Lucas to discover the Rats plague had invaded the city, and has spread throughout multiple territories. Without knowledge nor educated in medicine, Hugo’s mother Beatrice tries to treat the condition hoping to rid the young boy from his ailment, only to exacerbate the condition immensely, with Hugo’s reaction spreading across his face and chest. After their tried attempt to save the boy from his reaction to the rodent infestation, Magister Vaudin regale’s the local order to aid the De Rune’s and Lucas in leaving the Provence by sea, only to be caught up in what can only be described as a Tsunami of Rats engulfing the town’s streets and effectively killing Vaudin, with the De Rune’s and Lucas survivng the attack.

The premise itself is telling for what may be a bleak outlook for the De Rune’s life on the road. An ever evolving tale that leads to a non-stop survival story between a boy, his sister and their family. But this is all encapsulated and enhanced by the universe surrounding them. From the open fields of tall grass that will aid your stealth actions, to the charred and brittle architecture of a war-torn France, there’s never a comfortable moment in this game that leaves you on the edge of your seat. Guiding Amicia and Hugo through crawlspaces, leaping over tall hurdles or evading an angry enemy, it’s all dark, mysterious, hazardous and unpromising toward our unlucky teens. Their terrible fates are continuously tried throughout the onset of tasks, and objectives, all which do help the initial gameplay loop in the long run.

The third-person action-adventure is easy to pick-up and play for both the initiated or unfamiliar player, with a simple and streamlined tutorial that gets you right into the action at rapid pace. Equipping Amicia with knives for close range attacks, or the enticing aspect of utilising a crossbow for long-ranged encounters is confronting yet fun to execute. Espionage tactics such as throwing pebbles to distract or attract an enemy is a huge help, along with knocking over pots, some that may be filled with acidic or alchemical mixtures that the player can take advantage of. Thoughtful encounters that are more puzzle like than anything are subtle and ask for your patience, which is a great juxtapose to a continuous getaway trope the game forces sometimes, but its progression that’s certainly welcome.

Such an amazing experience, and deserves a plethora of accolades. Possibly Game of the Year.

An improved HP system gives Amicia a chance to compose herself if struck by an enemy, unlike the prequel where one hit would kill the girl. Using the infestation to your advantage, you can command Hugo to control each horde and attack any oncoming threats. You may also expose any enemy that may be hiding behind walls or fences by using the young boy’s telekinesis known as the Echo. For Amicia and Hugo themselves, using torches or escaping into the sun will avert the rodent attack, keeping the Rats away for a distinct period. Another great feature that’s been added here is the use of manipulating the rats themselves to aid puzzle solving from afar. Requiem’s levelling system has also been improved, with new abilities and skills that can be unlocked, allowing attributes such as stealth and efficiency, like striking and other moves to be refined. Akin to The Last of Us, work benches are littered throughout the campaign, and can be used to upgrade artillery.

✔️ An thrilling tale, just as engaging and well thought out as its prequel.

❌ Can be a little jarring to control in some places.

So let’s talk graphics. This game is incredibly detailed, quite possibly the most stunning title this year. Tall valleys and peaks are lush and gorgeous, coated with greenery and shrubs that are comparable to what was seen in Ghost of Tsushima, but the horrific and terrifying scenery of the breaking and burnt townships are magnificently manic, and will tear at your heartstrings. Interaction and hitboxes are a little rough, and could use some patching, with A.I. having some inconsistencies. Controlling Amicia can be somewhat jarring at times, with herself and Hugo diverting their path at a stirring pace.

Stiff redirection and placement of enemies are evident, but are definitely improved from the last title. Another improvement seems to be character models showing real emotion this time. An re-occurring issue that took away some of the immersion from the last was stoic looking, crash test dummy like reactions that didn’t help escalate or induce any sadness, remorse or empathy, however in Requiem, you’re going to need to get out the box of tissues, it’s going to bring out a mixture of the aforementioned. I can’t speak for PC, XBOX or Switch, but the power of the PS5 has unequivocally escalated visual improvements for the series from the first.

There are some framerate dips that do occur when the action gets a little busy screen, especially when there are a million rats spawning from out of nowhere. It’s infrequent that these hitches happen, but do effect some of the performance, and while I would respect the title’s optimal performance, it definitely could use a patch to clean up this qualm. But this is just one issue that can easily be smoothed over, while the rest of the game runs like a dream. Yes, of course there is model clipping, and collision problems, but that will never be a non-issue for any game of similar ilk. A Plague Tale: Requiem I believe exposes minimal problems and concerns in this area and maintains a consistent demonstration of how titles of its genre, that aren’t necessarily backed by large studios can be on the same level in delivery. It’s amazing to be quite frank.

A Plague Tale: Requiem is one of the best action titles of the year. From its opening moments of pre-determined suspense, to an unexpected close, it left me incredibly gobsmacked. A story that still has me thinking, and a cinematic journey that questions ambition and morality, and one’s intent to save or sacrifice. It’s intense, confronting, horrifying and unrelenting in every way, and an undeniable sleeper hit that gamers are sure to be completely taken back from. I won’t ever forget the heroic actions of both these youngsters, and a destiny that’s been unfair on them both. It’s an amalgamation of picture perfect visual artform that can only be translated by a perfectly paced tale, that sole intent is to evoke and force a muck of sensations from one’s character and personality. Such an amazing experience, and deserves a plethora of accolades. Possibly Game of the Year.

0
A Plague Tale: Requiem is an action-adventure survival horror stealth video game developed by Asobo Studio and published by Focus Entertainment. It is the sequel to A Plague Tale: Innocence (2019). 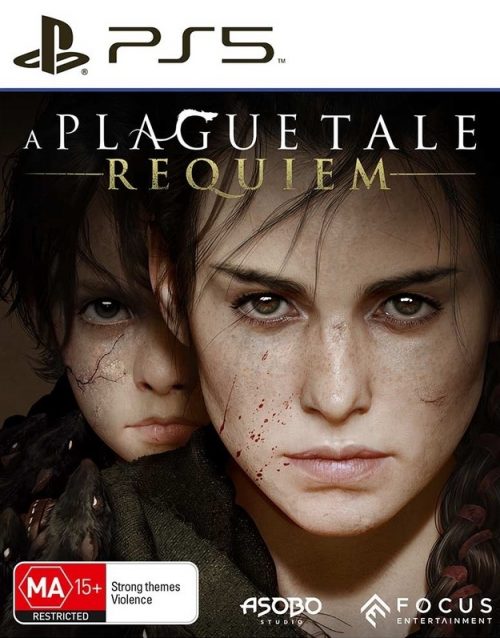 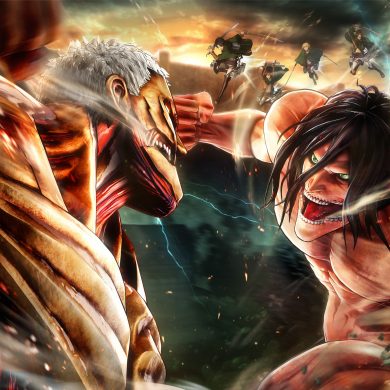