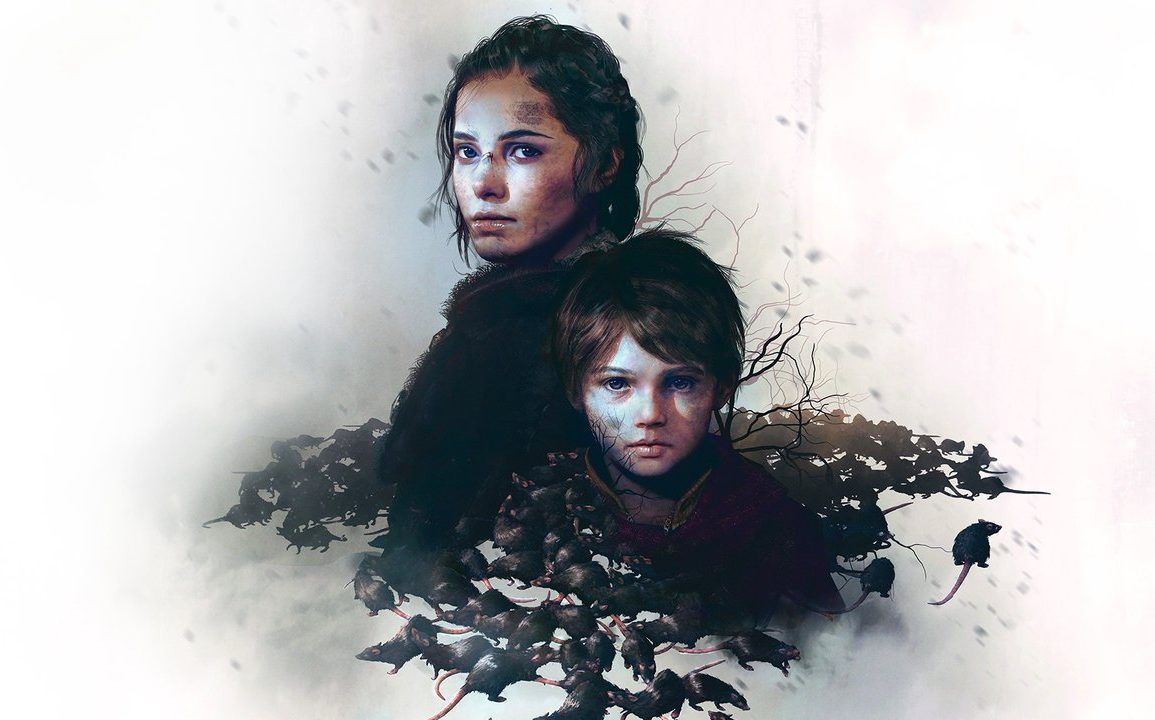 In PCPS4ReviewsXbox One
5 min read

Wow. A Plague Tale: Innocence is a title that came completely out of left field for me personally. I did not know quite what to expect when I booted this initially. Having seen trailers and some screenshots, I wondered how polished the game really was. Now I can definitely tell you, we have a Game of the Year contender on our hands. The game sets forth in the early 1300’s in during the Black Death in France, as your protagonist is the teenage daughter of a Lord and Knight, Amicia De Rune. Amicia trains with her father, in aspirations to one day become a knight too. Her family lives a segregated life away from most of general public, that is until her family are thrown into ruin, and are completely wiped out, except for her and her little brother, Hugo. This war is waged for capturing Hugo, as there is an unknown link between and he and a plague of rats that is causing illness throughout the city. This becomes one of the major plot points of the story onwards, so we won’t spoil too much from there. With Amicia and Hugo now on the run, they fight off hoards of soldiers, rogues, and many enemies who are plotting to kill them both, as they are now identified for the “cause”. This astounding tale brings forth a new light in gaming, where you can mix the essentials seen in titles like The Last of Us, Splinter Cell (Yes, I said Splinter Cell), Assassin’s Creed, and Dishonored, throw them into a blender, add a charming backstory, and craft something as beautiful as A Plague Tale.

A Plague Tale: Innocence, definitely takes plight directly towards your emotions. There are moments of utter despair, heartbreak, and atrocity that will make you well-up. There is blood-pumping thrills, and enthralling scenes that will have you on the edge of your seat, trying desperately to save these two children, who you will grow a kindred connection to during your 12 hour campaign experience. 12 hours these days, does seem on the short side of things, however, it’s just the right amount here for this amazing story. It does not go “over the hill” and try to keep you playing any longer than you really need to. The game encapsulates exactly, what a runaway story should be, especially set in a war-riddled pre-medieval era. A Plague Tale: Innocence mastered the “Middle Ages” vibe down-pat. Roaming around plague infested towns, seeing housing with a massive “X” painted across doors, signalling illness and death definitely sent chills down my spine, remembering my old social studies classes from high school, reading on how death was a normality as the average life-span for the 1300’s was 30 years of age. Kind of scary to think about now, as I am 30 at the time of writing this review.

The game is riddled with many collectables, each offering it’s own little piece of context, to serve you through your time in-game. Crafting items though, is not as smooth as some titles like “Tomb Raider” or “The Last of Us”, and at times can somewhat be a drag. The use of Amicia’s sling is a pleasant surprise though, as it does come useful in times of not only attack, but in stealth. Flinging stones at enemy’s heads to knock them out, to traverse forward in your path, or smashing rocks against pots, pans, and pottery to divert your enemy’s attention is so satisfying, and makes for a lot of fun, real cool concept here. Collecting pottery, and throwing it against walls, or at enemy’s can be a somewhat tricky feat, and can pay off greatly, or can cause a massive amount of headache’s if you aren’t accurate at times. There are moments of environmental setbacks in the game where you will have no option but to take punts, and hope for the best, but they aren’t all completely difficult. Some can be called somewhat unnecessary, and bottle-necking, but it’s not repetitive at all, so internally does stay fresh and does not come off rushed.

Design and presentation in A Plague Tale, is a sight to behold. One of, if not, the best looking adventure title this year. Asobo Studio manages to capture 1300’s France, in the Middle Ages perfectly. Simply amazing. From the astounding look of the plague-riddled, infested, crumbling town housing, to the amazing lighting, greenery and shrubbery used for a very antique look through out your adventure. You will come across many dark and dingy moments that play the part perfectly through this emotional piece, with subtle moments of beautifully placed colorful scenery, for moments of calm. It sets the tone, and furthers the story immensely. Presentation is somewhat of a key role in toying with emotion here in this title, and it’s done with precision and care, which many titles unfortunately look past these days. It’s just masterful sometimes to sit back and take it all in. There are moments of complete “awe”, where I had to take a few seconds and spin the in-game camera a complete 360 and take in everything. Amazing design.

If you pre-ordered A Plague Tale: Innocence, you would have received and exclusive Vinyl, of the game’s official soundtrack, and it’s no wonder why. The game’s impactful gameplay, story, and presentation, rings true through it’s incredibly composed original score. Olivier Deriviere, has been known for composing magic through his amazing musical talents. We’ve heard his work through title’s such as Dontnod’s Vampyr, Assassin’s Creed IV: Black Flag, Remember Me, and the cult classic Alone in the Dark. The pacing of this amazing score, can be reminiscent of such A-Grade soundtracks from similar fashion as God of War and The Last of Us. Music is heavy on the soul for this title, and depends on it’s emotions to carry through your screen. Moments of thrills and despair show how deep the titles score can lead you right through some of the deepest, and emotionally deep moments in this game. The acting in the game, while great, I certainly would not classify it as some of the best, in current scheme of the amazing VA talent pool we have on our hands. Regardless, it is done perfectly, and will engage you to love and connect with your protagonists, and hate your enemy’s even further.

A hate the term “sleeper hit”. It’s disingenuous, and in my eyes, can discredit studios out there for any hard work they may put forth. Asobo Studio should definitely be proud of this amazing adventure they have put in gamer’s hands. A Plague Tale: Innocence is an enthralling experience from start to finish. From it’s lovable protagonists, that make you want to win it all for them, to it’s jaw-dropping depth in design and presentation, it’s original style of gameplay (which consists of rats… many… many rats), and remarkable writing, mix this with a compelling soundtrack, you have yourself an incredibly cinematic experience. And that is what A Plague Tale: Innocence, certainly delivers. An astounding cinematic experience, with gameplay that will have you hooked for hours. A Plague Tale: Innocence, is definitely an early contender for Game of the Year. 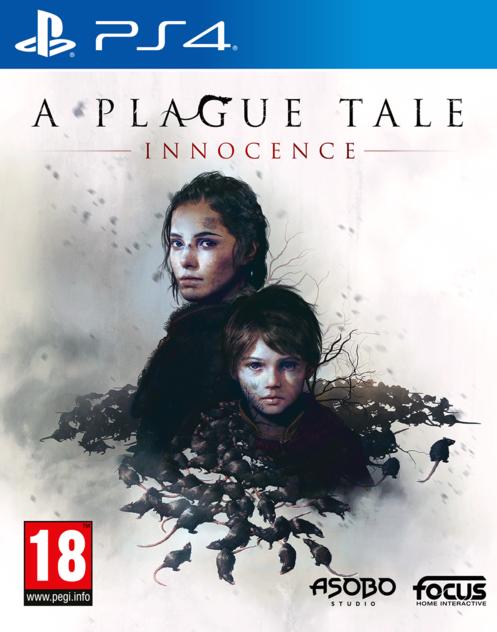 Weathering With You (Tenki No Ko) – Anime Analysis

A Plague Tale: Innocence is an action-adventure stealth game developed by Asobo Studio and published by Focus Home Interactive. It was released for Microsoft Windows, PlayStation 4 and Xbox One in May 2019, and received generally positive reviews from critics. 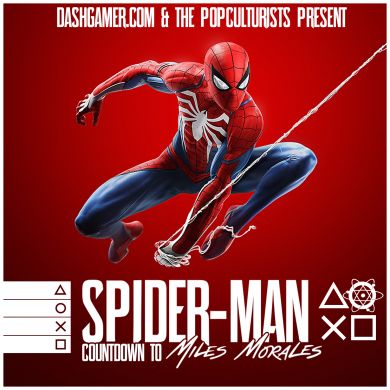