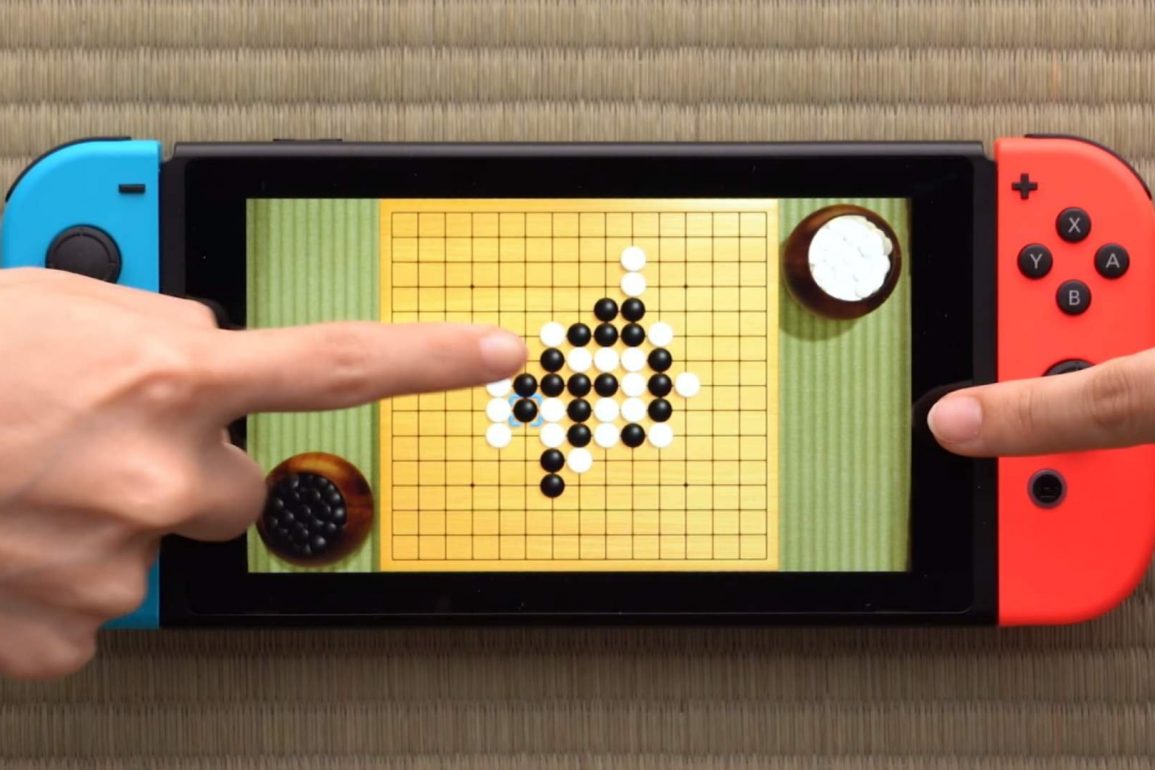 ✔️Diverse range of table-top, sports, and boardgames.
✔️Casual experience that’s fun for everyone.
✔️Incredibly charming. Offers a broad appeal with an array of genre’s.

❌Some games are a little tedious, and can get frustrating.
❌Could improve in some Party mode aspects.

I love me an assorted title of quick, rich, and easy to play family games. It’s the bread and butter that cemented the Nintendo Wii’s foundation with its pre-packed legacy title, Wii Sports. If there is anything that I truly miss from its handful of exciting experiences, it had to be Wii Bowling. The hours upon hours that had been dedicated to the mini-game from my family and I, had to be equated to roughly a lifetime. The allure of Wii Sports was its casual prowess that allowed it to be accessible to everyone of all ages. Due to the title being bundled as an additional feature with all Wii Consoles, Wii Sports remains as one of the best-selling video games of all time charting behind Tetris, Grand Theft Auto V and Mojang’s Minecraft. Nintendo’s Clubhouse Games franchise took a life of its own before the Wii’s launch in 2005 for Nintendo’s premiere handheld console, the NintendoDS.

An assortment of 42 digital board games available at player’s fingertips made for a delightfully charming compilation. Given the variety of genre’s displayed within the title, it appealed to many who praised its diverse selection. Not since its initial release have we seen a follow-up, until now. It has been almost 15 years since Clubhouse Games first released, and we finally its beefier sequel boasting a whopping 51 digital mini-games. 51 Worldwide Games (Clubhouse Games: 51 Worldwide classics, internationally) offers gamers a relaxing, yet fixating experience. From Texas Hold’em, Backgammon, Hanafuda, Shogi, Chess, Checkers, Toy Tennis, Mini-Golf, and yes the grand return of Bowling, friends and family will have no shortage of boisterous amusement from its satisfying selection.

The first rule of Clubhouse...

Choosing from a range of miniatures that represent your avatar, you will be queried on your peak interests, and how the title will recommend its assorted mini-games. What’s incredibly convenient about 51 Worldwide Games, is how the title has its vast library available from the beginning. No cheap tricks or fancy gameplay loop that leads to unlocking each puzzle; players may enjoy Nintendo’s broad offer in all of its easygoing glory. While each mini-game is already a guaranteed given from the get-go, you may follow the title’s narrative that guides you through each boardgame. A handful of selected games will be assigned with each guide, and their given theme. This presents the player a streamlined, and seamless way of enjoying the title without having the difficulty of picking from a plethora of mini-games on offer.

Passing through each guide will unlock other guides with their given selections, this is only display of discretionary progression throughout the entire experience. The mini-games themselves are presented with Nintendo’s trademark amiable aesthetic. Clubhouse’s inviting presence displays an adorable exterior, that exemplifies its pleasantly straightforward proposition. Each game will give players a quick introduction and demonstration with all the necessary how-to’s and what-if’s. I will mention that it is vital for all parties involved to pay close attention to these short tutorials as they are make and break for your enjoyment. With familiarity’s and obscurities in some international mini-games, some players will be experiencing titles like Hanafuda and Shogi for the first time.

While some games such as Golf and Darts may not deliver a life-like presentation, Bowling hearkens back to its roots on the Nintendo Wii, with its entire model inspired by its Wii Sports counterpart. Simply using your Joycon as you would a Wii Remote, pressing down on the trigger button, swinging those biceps all the way to a perfect victory. I cannot begin to express the joys I had with my family, re-igniting some of our old rivalries and retracing the fun we shared over a decade ago. It truly felt exulting revisiting those moments through 51 Worldwide Games. While revisiting some traditional throwbacks, I found myself learning new mini-games and how they were played. I’ve never had the chance to engage in a battle of Shogi before, but had been curious as to what the rules were. Clubhouse does an incredible job in facilitating an abridged coaching session for each game.

A basket full of goodies...

You will find yourself mastering each mini-game in a short period of time. With that, it has been a tradition for Nintendo to progressively up-the-ante in each step with difficulties gradually becoming available as you pass through each of its complex puzzles. Playing solo will find it to be a tedious experiment more than an actual experience in itself. I found its inquisitive side to be a little underachieving, with a handful of games that are anything but substantial. However, the majority of what is on offer is more than enticing for what the title is worth. Granted, some games won’t be for everyone, but that’s okay due to its broad spectrum. Some titles may take longer to complete than others, and yes it can be a little monotonous in moments of meaningless momentum, but moving past this you will come to appreciate its overall offering.

51 Worldwide Games displays an innovative way to play its library, that differentiates itself from the standardised Party Game presentation. Being able to remove players from the TV and play a game of checkers or chess on a digital touch screen is awesome. Not worrying about clutter or cleanup of any pieces afterwards, but being granted an emulated experience of the real deal is such an enjoyable feature. Each mini-game allows players to customise the rules from an array of choices fixed to each title. This helps break some repetition, and gives a fresh outlook to each experience, every time. Giving the title’s simplicity, I can’t imagine how its online performance would have been other than perfect. Simply diving into a lobby and playing with friends or a selection of titles to play with people around the globe bodes a decompressing display of relaxation and readiness.

51 Worldwide Games is an amazing assortment of incredible inspiration. Its innovative gameplay, and lax presentation makes for an exemplary experience for everyone. Its charm in delivering a unified understanding acquaints players with cognitive and knowledgeable demonstrations, while achieving a learning curve for those who are unfamiliar with some of its uncommon motley of mixed mini-games. It certainly delivers on the old adage “fun for the whole family”, and does its best to engage with its diverse beneficence. On a broad scale, its a small piece of nonsensical amusement that will have everyone flying through a multitude of emotions similar to playing the authentic experience. I cannot recommend it enough for Wii Bowling faithful who have been waiting for its glorious return.

Clear the table and settle down with friends and family to enjoy a diverse collection of timeless favourites, in person or online*, in 51 Worldwide Games.

Gameplay
8
Presentation
8
Sound
8
8
A code was supplied by the publisher, for our review. 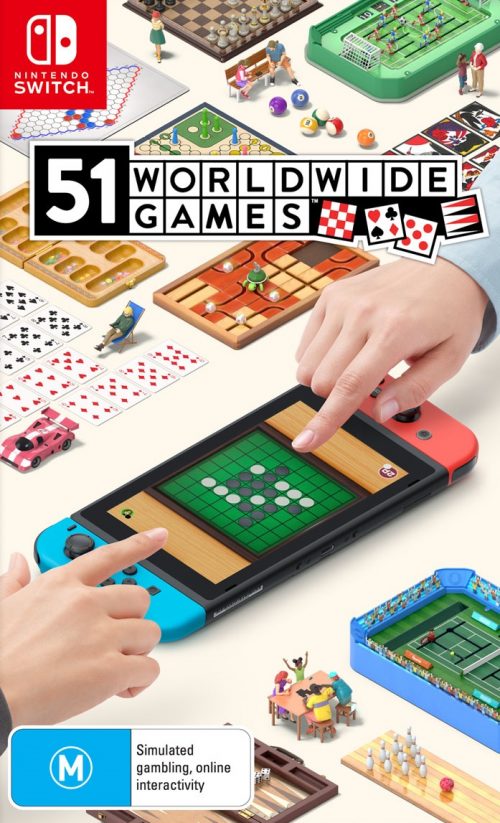 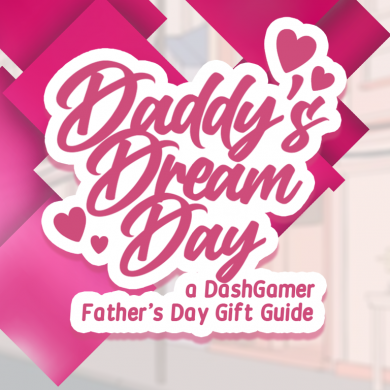