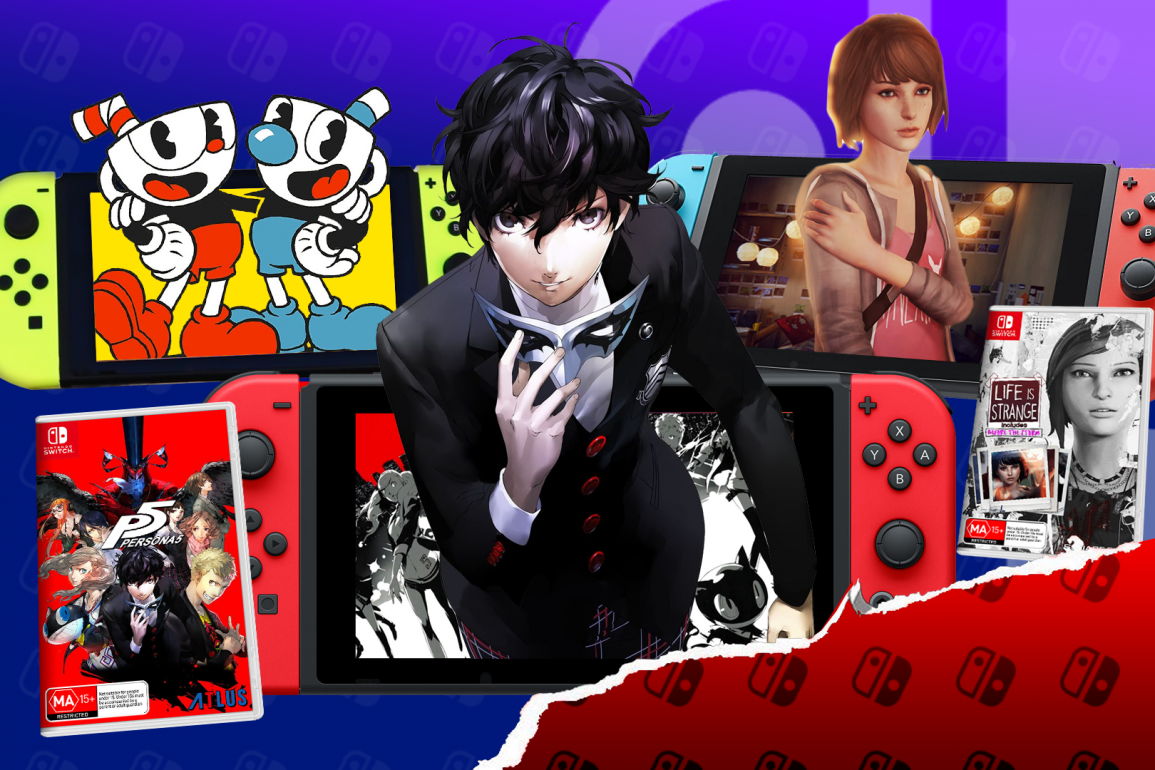 5 Games that need to come to Nintendo Switch

The Nintendo Switch is about to hit it’s second anniversary, as one of the most dominating forces on the gaming climate. March 3rd, 2017 will be known as Nintendo’s renaissance into the gaming atmosphere, with the launch of the Switch overshadowing it’s past mistakes in the Wii U. With over 32 million units now in gamer’s hands, and over 300 titles to play, the semi-portable home console shows it’s mass appeal, not just to it’s consumers, but developers to birth brand new IP’s, and port Triple-A titles to.

We’ve seen many examples that has totally swerved gamers this year, with Nintendo announcing amazing titles heading to the Nintendo Switch. The most recent announcements include Mortal Kombat 11, and Hellblade: Senua’s Sacrifice, which had gamers questioning how powerful the Switch really is? DOOM, Wolfenstein, LA Noire, and many more have also been ported to the unit, and have seen great success. But there are many other titles, that we feel would be a perfect fit for the Switch. So, we would like to share five of those.

Here is the DASHGAMER.com, 5 games that need to come to Nintendo Switch.

This is no longer a far fetched pipe-dream with Nintendo’s, now chummy relationship with Microsoft. If you had asked the question a year ago, “Any chance of seeing Cuphead on Switch?”, the answer to that one would have been “Tell him he’s dreaming”. But it’s looking more likely, that we may see a port of Cuphead heading to Switch at some point. The stunningly animated, 1930’s inspired title developed and designed by the talented StudioMDHR, was an XBOX and Windows exclusive title in 2017, until it was made compatible with macOS, back in October of 2018.

That said, with Microsoft partnering with Nintendo on a few ventures recently, such as Minecraft cross-play, and XBOX Live landing on Nintendo Switch later this year, we may see some indie titles that have been exclusive to the Microsoft brand at one point, land on the Switch and none more perfect, than Cuphead. Bringing it’s boss laden world of misfits, and it’s beloved characters of Cuphead and Mugman over, it would definitely expand the horizon’s of StudioMDHR, and consider some exclusives to the Switch, in the future.

One of Mario’s most underrated 3D titles right here. Super Mario 3D World was an amazing 3D Mario adventure, unfortunately developed for the Nintendo Wii U, many had missed the opportunity to play this incredible adventure. For those who loved Super Mario 3D Land on the Nintendo3DS, Nintendo’s direct sequel saw the 3D-cross-classic formula, bought to Nintendo’s unpopular platform, however the game was crafted with absolute love and detail.

With the ever so familiar story of Mario saving the Princess from the evil clutches of his adversary Bowser, Super Mario 3D World saw Nintendo bringing their A-game in developing such a timeless title, with a absolutely memorable soundtrack, amazing graphics, and gameplay that anyone can pick-up and play. Super Mario 3D World, definitely deserves a spot with the slew of Wii U ports, that have made their way to the Nintendo Switch. If anything, it’s surprising that it wasn’t amongst the first.

For those who love their portable gaming, it’s sometimes about time management. See what I did there? Life is Strange’s time-twisting, point-and-click RPG Adventure, would see a fitting home on the Nintendo Switch. Having Max and Chloe’s, Donnie Darko inspired adventure on the go, would push the boundaries of what we have seen in episodic, point-and-click adventures that have made their way to the Switch already, such as The Walking Dead, and Batman, from Telltale Games.

The most unfortunate thing about the prior ports mentioned, are their poor performance on the portable unit. I don’t see this as a bad omen for bringing Life is Strange over to the Switch, as Telltale Games were ready to shut their doors around the time the titles made their way to the Nintendo platform. I see it as an advantage for DONTNOD Entertainment, proving they are the new king in story telling, point-and-click titles, especially with the DASHGAMER 2015 Game of the Year. Life is Strange should definitely be placed amongst some of the best on the Switch.

Let’s not beat around the bush here. Apex Legends, already has millions of players on multiple platforms worldwide. But one more platform wouldn’t hurt? With over 13 million players joining the fold to become legends within the first 48 hours, there is no doubt that Apex has become the new king, of Battle Royale. The new craze is making waves worldwide, overshadowing Fortnite’s numbers across social media, and streaming platforms by 80%.

Apex would surely see a launch on the Nintendo Switch at some point this year, as taking this game on the go would only see it’s fan base increase by the millions once again, and the possibility of cross-play with XBOX and PC, could make the Switch the ultimate portable experience. Being able to take Apex on the go, to play with friends online anywhere in the world would definitely be the ultimate game changer for those in the Battle Royale scene.

Anyone who knows me personally, knows how bad I want this, and I know I’m not the only one. For someone who has sank over 600 hours into this title on the PlayStation 4, it would be a fanboy’s wet dream to see this amazing JRPG make it’s way to a portable console. Persona 5 would show much promise on Switch, just as it’s predecessor saw it’s biggest gain in popularity on a sub-par portable console, in the PS Vita. Persona 4: Golden, became one of the Vita’s most popular titles (the highest selling Vita game in Japan), gaining popularity fast, with it’s unique flair and style bought to the genre, that was unseen before.

Persona 5, would absolutely trump P4G in sales, and would only boost the Switch’s red hot popularity even further. Anyone who has played P5 would agree, having the game on the go would definitely be a time saver, for those who love a good time sink, but don’t have the time to sit at home and play. For those who travel public transport, or even travel long distances on occasion, Persona 5 would be an amazing experience, and one undoubtedly newcomers would never forget. Persona 5 brings style, flair, flamboyance, and attitude, with it’s incredible presentation, a soundtrack that will have you bopping in public, and fitting gameplay that would be a very welcome addition to the Nintendo Switch library. 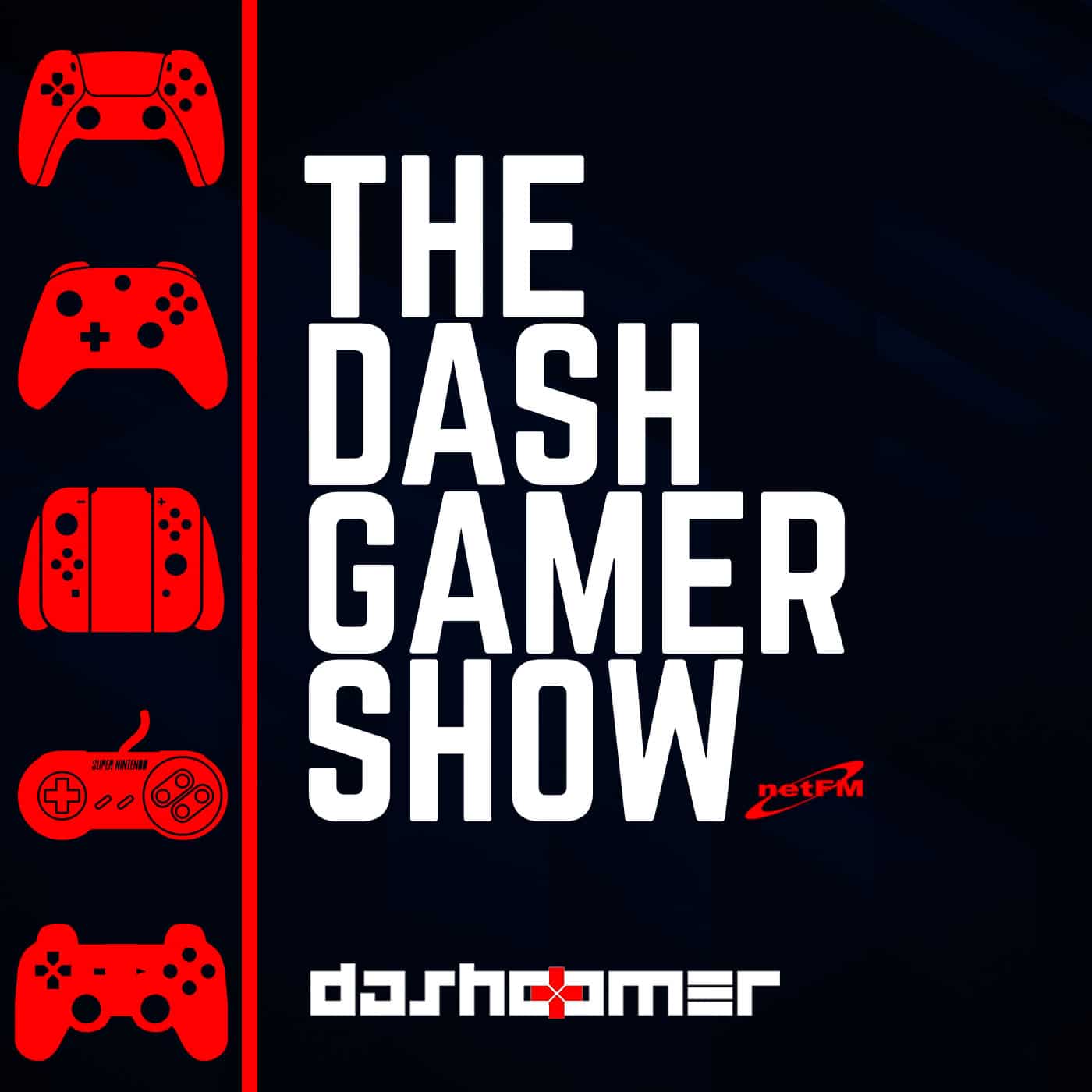 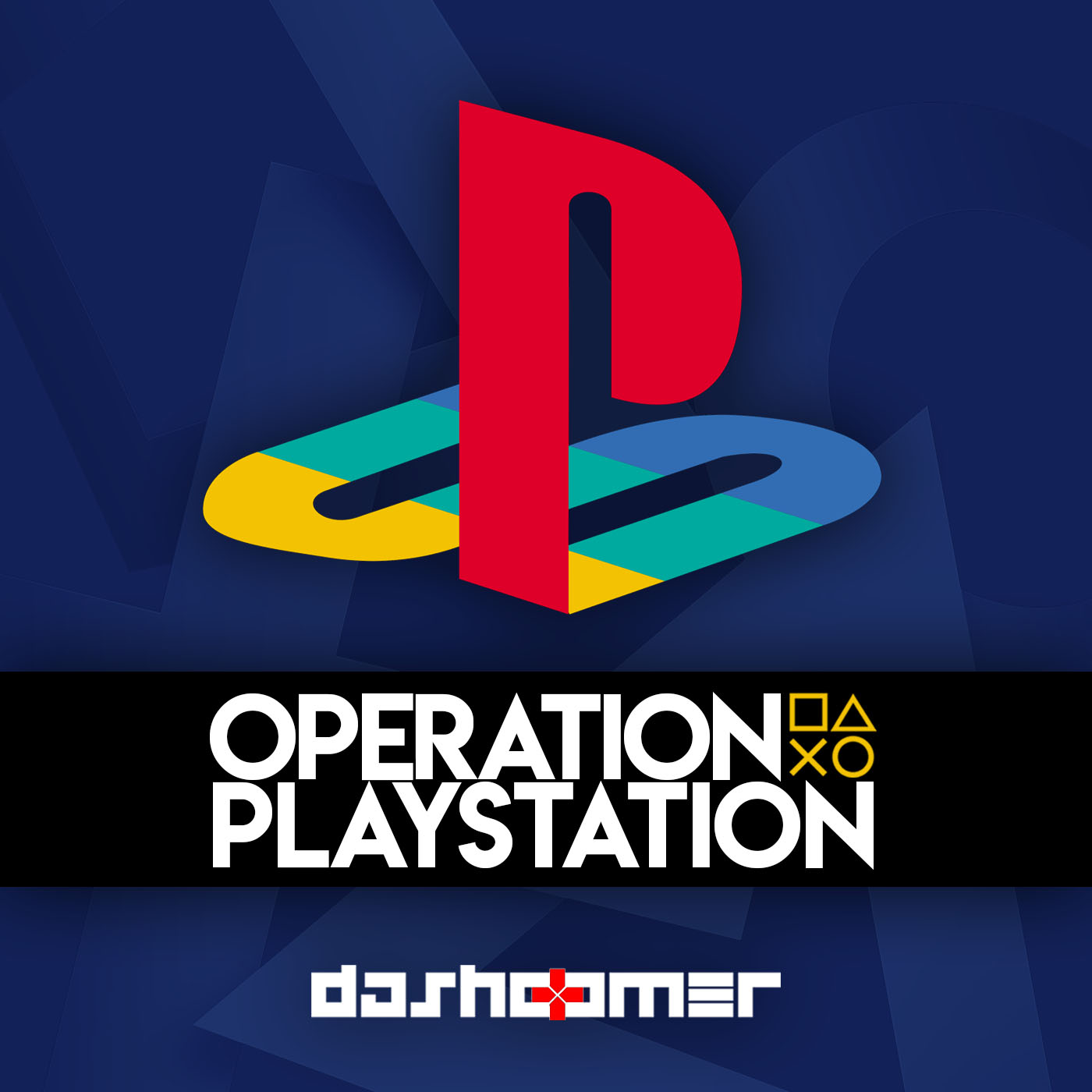 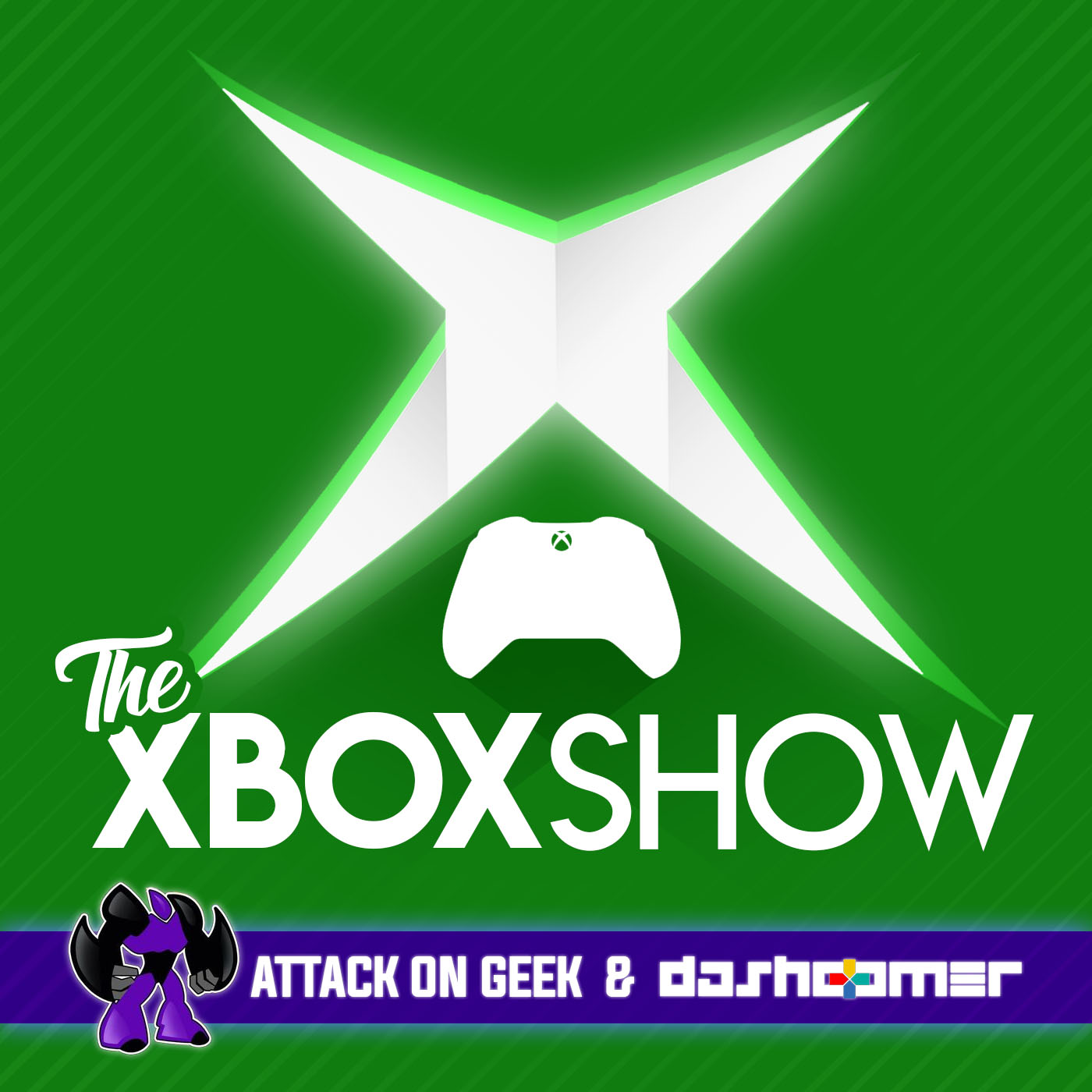 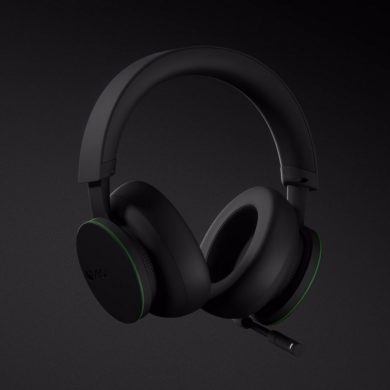